I’ve spent most of the last 20 years living in Los Angeles, interviewing celebrities for a living and, more than occasionally, wondering if I’d rather be somewhere else. Anywhere else, really, interacting with people who don’t have publicists or agents or a new tv show to promote. I’ve been yelled at by Mike Myers, fake-flirted with by Cameron Diaz, licked by Richard Simmons and (I swear) hit up for stripper-tip money by Andy Dick. I met George Clooney’s pig. It’s an odd way to make a living. But after a while, all those sitcom sets and hotel suites start to look the same. Do I really have anything new to ask the cast of “CSI: Wherever “? Well, no, actually, I don’t. No one does. They’ve heard all the questions, we know all the answers. We’re all just hoping that, by accident, something interesting comes up. Usually, it doesn’t. But we go ahead and write our stories, pretending that it did. Because that’s how the rent gets paid.

Except the rent got higher, the assignments got shorter, half the magazines I wrote for went out of business and I turned 50 years old. I needed to go somewhere else, to get my ass out of L.A. But no place looked all that interesting by comparison. There wasn’t anywhere specific that I wanted to go, at least not for very long. Then it came to me: If I don’t really want to live anywhere in particular, then why not live . . . Everywhere? Which is exactly what I’m doing. Welcome to the Traipsathon. 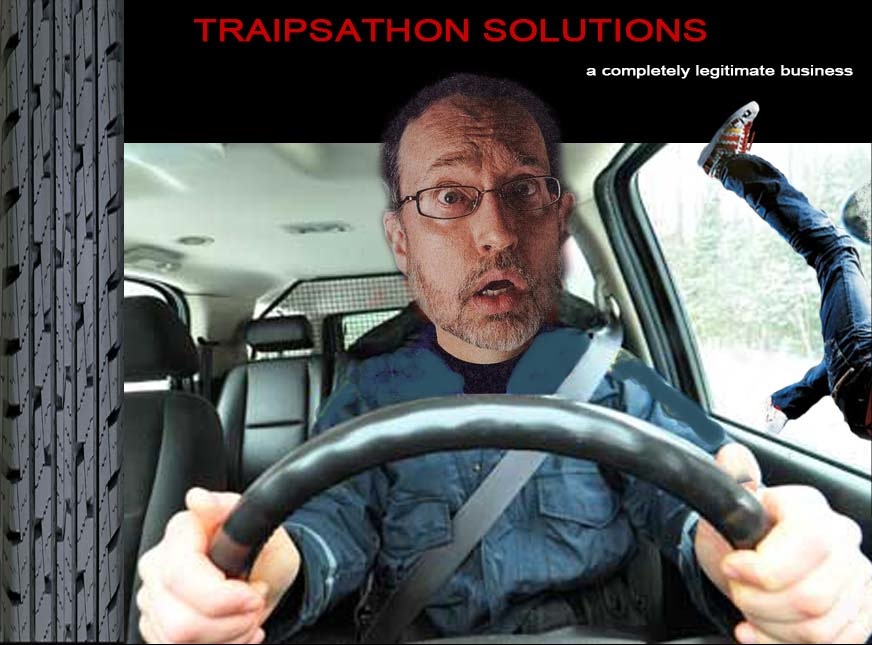 In what may turn out to be the worst decision since Axl Rose went solo, I have divested myself of all my furniture, books, and other cumbersome possessions and purchased a 2006 Mercedes van, which has been outfitted with all the comforts of home — a shower, a toilet, a microwave oven and, most importantly, a satellite-connected LED tv. It’s like a little tour bus and, for the foreseeable future, it’s where I live, the Traipsathon Mobile Command Center, coming soon to a town near you.

There’s no plan, really. I’m going to wander the backroads of America like Charles Kuralt in a bad mood, doing stories where I encounter them but, most of the time, just going where I feel like going. There will be a blog/journal of course. You can find it under the Dispatches link. I’ll post location updates, occasional videos, podcasts and instructions as to where you should leave the ransom money. Because, let’s not kid ourselves, there’s no way I can afford this without taking hostages.

Before it’s over, one of two things will happen: Either I’ll be incarcerated or I will have driven from Prudhoe Bay to the Panama Canal in the most indirect way imaginable. This may take a while.

And, by the way, thanks in advance for letting me park in your driveway. Pay no attention to that extension cord.

For more information about Traipsathon founder Joe Rhodes, including examples of actual journalism, go to: