The Traipsathon Mobile Command Center, also known as The Traipsemobile, is a converted 2006 Mercedes Sprinter van. A former Florida news van, it has been customized to include a shower and toilet, a convection microwave oven, refrigerator, satellite television and self-contained electrical and plumbing systems. It has two single beds, lots of closet and storage space and a Tupperware container full of cigars. In spite of all this, it gets 22 miles per gallon. Also, in the unlikely event that you are thinking about breaking in or stealing it, it has a fully-armed security system and may be highly radioactive. Approach at your own risk. 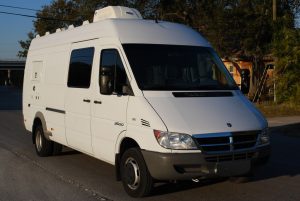 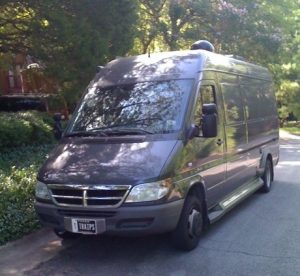 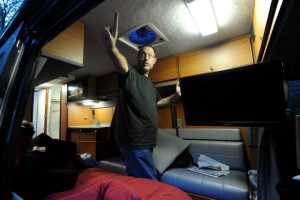 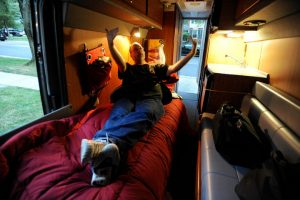