We have, at long last, declared “Mission:Accomplished” in regards to the Traipsemobile Alternator Apocalypse. With the acceptance of a “pro-rated” refund from the fine folks at Maniac Motors, located on the outskirts of Balch Springs, Texas, we have a working alternator capable of powering the Traipsathon Mobile Command Center and all it’s top-secret super-villain appliances — the microwave, the mini-fridge, the crotch laser. And, factoring in the Maniac refund, our out-of-pocket costs were a mere $2600, making this the most expensive Alternator in use on America’s highways today (except for those purchased by the Department of Defense.) 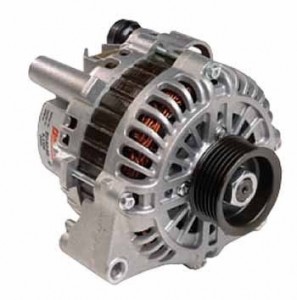 Let’s review how much fun we’ve had: The overnight breakdown at the Little Rock Wal-Mart, followed the next day by 100-degrees-in-the-shade breakdowns in Mt. Enterprise and Greenville, Texas, the last one involving many hours at the Exxon Travel Center snack shop, sitting behind the counter, watching assorted whores and meth addicts come in for Skittles and Miller Lite. 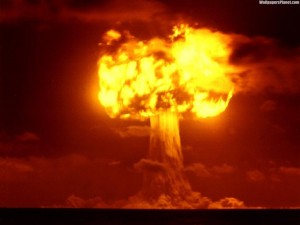 Then there were the weeks of playing Mechanic Roulette, in which we would go back and forth between the Alternator installer in Dallas and the Command Center Conversion installer in Austin, each one blaming the other one for the fact that, no matter how many hours were invested, the result was always the same: Me, in a non-functioning vehicle by the side of a road, waiting for AAA.

By the time a Mercedes-sanctioned Sprinter shop was brought into the picture, the highly-professional service team at Dallas Freightliner, July had melted into August and my underpants had melted into my skin. It took three weeks for a replacement alternator to arrive from Germany, weeks spent in a rented Kia and being derisively mocked by people in Hyundais. It was awful. I shot three of them.

But now, with August nearly over and me still in Texas, everything seem to be operating as designed. There is cold beer in the refrigerator, Black Keys blasting through the stereo and every episode of “Golden Girls” being saved on the DVR. God, how I miss Rue McClanahan.

There is every chance that the Traipsathon may finally launch next week, after  the completion of a few final Dallas-area errands involving storage units, munitions and alternate i.d.’s. No point in taking chances. If officers pull me over, I’ll be Bodley Frumpwick, a mild-mannered Human Organ delivery driver, with a van load of kidneys on their way to Memphis. Lives will be at stake.

So keep your eyes on the horizon and the garage door open. That gun-metal gray vehicle speeding towards you — followed by state troopers, paramedics and a biohazard recovery unit will most likely be me.