Blow-pops for Jesus and other bad ideas

Home/Dispatches, Uncategorized/Blow-pops for Jesus and other bad ideas
Previous Next

Blow-pops for Jesus and other bad ideas

So, where we? Oh, yeah, Cleveland.

I blue-highwayed across Ohio and into Indiana.  The leaves were more spectacular, if less plentiful, than they had been in New England. Because there has been less moisture in the Midwest, the colors were brighter, practically glowing with assorted reds and yellows and oranges, as if each leaf were an ember, which I guess, in a way, they are.

I pulled into Indianapolis at dusk, getting my bearings in a K-Mart parking lot, checking e-mails and Tweets. Three guys were hanging around a dumpster behind an auto parts store, eyeing me from the moment I pulled in. They came over, looking more tattered than threatening and asked if I’d like to buy some Blow-Pops and/or magazine subscriptions. Drug rehabilitation facilities and Jesus were also involved. As much as I like a Blow-Pop – it’s a candy AND a gum – I  declined the offer. They were close enough to the van that I could see the scabs and the rotted out teeth and I know an allegedly-reformed methhead when I see one. I didn’t want my Blow-Pop purchase to aid in the increased use of meth or, for that matter, Jesus. 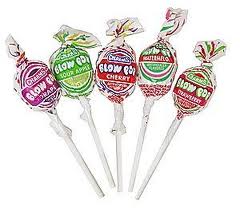 “They saved my life,” said the oldest-looking guy, who seemed 40 but was probably 25. “Blow-pops?,” I asked. Turns out, he was actually referring to a Jesus- based drug rehab center.

“Don’t you want to help people? I’m a miracle standing in front of you.”

Maybe. Although, you know what’s really a miracle? Blow-Pops. And peanut butter cups. And also that Jim Belushi has another tv series. Still, I’m a heathen and kind of a dick, so I was not moved. I wished them well as I pulled away, though, and suggested they’d probably have better luck in a Wal-Mart because, seriously, who goes to K-Mart anymore? I help in the ways that I can. 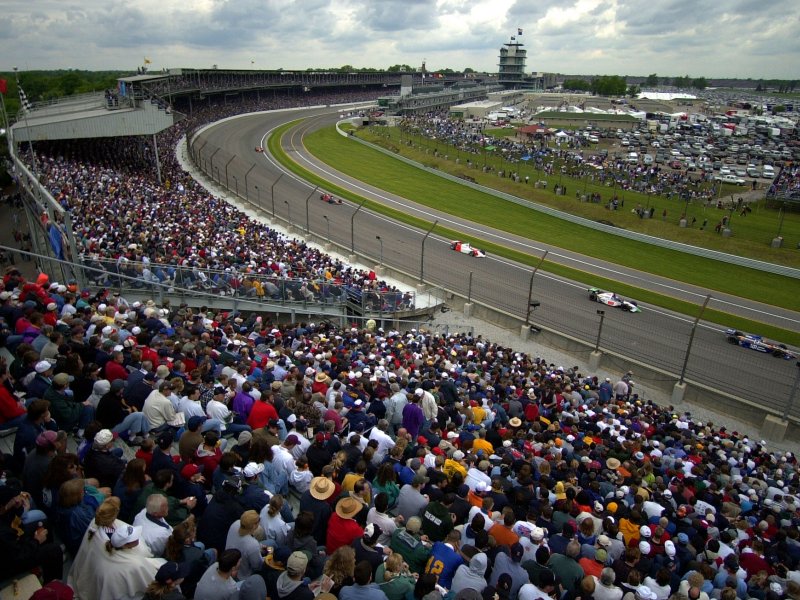 I spent the next couple of days hanging out with my Indianapolis friend, Joe Vitti, the most even-tempered man in America, who lives off of Ditch Road. That was the best name they could come up with? Ditch Road? What was the second choice? Sewer Pipe Lane? Joe Vitti, a spectacularly gifted old-school news photographer,  one of those guys who knows everybody that matters – cops, firemen, bouncers,  football coaches, parking lot security guards  – is a fine tour guide,  able to avoid traffic jams and construction zones without ever consulting a GPS. He just knows. There isn’t a rooftop angle or back alley entrance in town that he doesn’t know. You want the best angle to view Lucas Stadium, Hinkle Fieldhouse, the Indianapolis Motor Speedway? Joe Vitti knows them all. 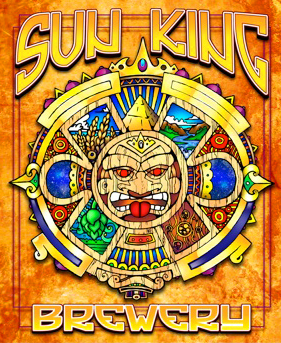 We went to the Speedway Museum and rode a shuttle bus around the track, which is an impressive ride even at 25 mph.  We found the Sun King microbrewery.  We wandered onto grounds of the Indianapolis Art Museum, home of the original LOVE sculpture and some kind of weird abstract basketball court, where Joe Vitti lowered his standards long enough to take the accompanying photo. And then I went to Peoria.

The approach to Peoria, coming in from the west on I-74, impressed the hell out of me when I was 17 years old, the first time I ever saw it. You come over a rise on the east side of the Illinois River and there’s the Peoria skyline, the Julie Belle Swain riverboat, the Caterpillar signs, the rows of warehouses and factories that seemed so very midwestern to me when I arrived, like a real city. 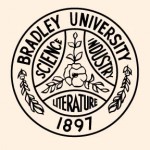 That’s where I was going to college. Bradley University and Peoria turned out to be perfect for me, different enough from my childhood in Shreveport to feel like an adventure, small enough to be navigable, conquerable, a place where I could find myself. If I’d gone to school in a major city, I might have felt swallowed up. I certainly couldn’t have gotten a part-time job at the local paper, which I did at the Peoria Journal-Star, where there were great writers who took the time to show me the ropes. Other college freshmen spent their Friday nights going to parties and clubs. I was covering high school football games. And that’s where I learned how to write.

Which isn’t to say that I spent the bulk of my college years being a productive citizen. Far from it. I was known, first and foremost, as a guy who, for a negotiable fee, would hit anybody you wanted right in the face with a cream pie. Banquet lemon or coconut cream. Shaving cream pies were for amateurs. My roommates never saw me angrier than the time one of them ate a “throwin’ pie.” For God’s sake’s, people, no one actually eats Banquet frozen coconut cream pies. They’re horrible. But they make a fine splatter. Throwin pies. 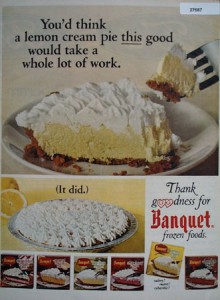 So walking around the Bradley University campus on Homecoming Weekend, was a chance to reminisce about all the property damage I’d caused, or at least been involved in. My freshman year, 1972, I lived on the fourth floor of the Lovelace Hall dormitory. Today, I believe, The “Lovelace 4” gang would likely be declared a terrorist group. We weren’t criminals really. We thought of it more as performance art. Among our proudest achievements: Sneaking over to the girls’ freshman dorm, coating the hallway floors with assorted lubricants, released a dozen live chickens and then pulling the fire alarm. Screaming girls came running out of their rooms, slipping and sliding on the ice-slick floors, while crazed chickens and their feathers flew everywhere. When “Animal House” came out, we felt like we’d been robbed. We also bricked the resident advisors into their rooms (When they opened the doors, they found a brick wall. It was very impressive), and regularly assaulted dorm residents on lower floors with 40-gallon trashcans filled with water, tossed down the stairwell steps. And we were only freshmen, our best years of vandalism and anarchy still ahead of us. 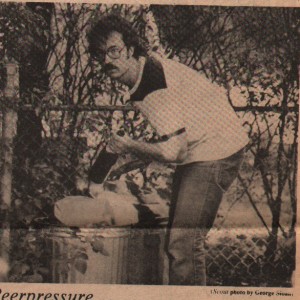 The author in Peoria, circa 1975, being an assclown.

I’m not proud of this. Okay, I’m a little bit proud, mostly because it really was fun. Oh sure, other kids were drinking and puking their way through frat parties and having, you know, sex and stuff. But we were artists of  destruction. We threw bottle rockets in the fire place. We burned furniture, and part of our front porch to keep warm (in lieu of actually paying the utility bills). We left a broken shower pipe run for 6 continuous months, flooding the basement, which we renamed “Lake Hopp” after our landlord, who we thought of as a cartoon adversary, not a real person. When the house was condemned, we thought it was hilarious. We were assholes.

Now, we’re in our mid 50’s (and by we, I mean an assortment of  housemates and co-conspirators who will, for legal reasons,  remain nameless) and most of us have gone on to become responsible adults, with jobs and families, masquerading as reasonable, upright citizens with houses and lawns and what’s left of our 401K’s. But one of us, at least, is as irresponsible as ever, no longer inclined to throw pies or enamel windshields (yeah, I did that) or set his furniture on fire. I live in a van. I wander around with no steady income. I drink beer and sleep in parking lots and make an ass out of myself on a regular basis. Occasionally, I write for money.

So, thank you Peoria, for making me the man I am today. And now the rest of you know who to blame. 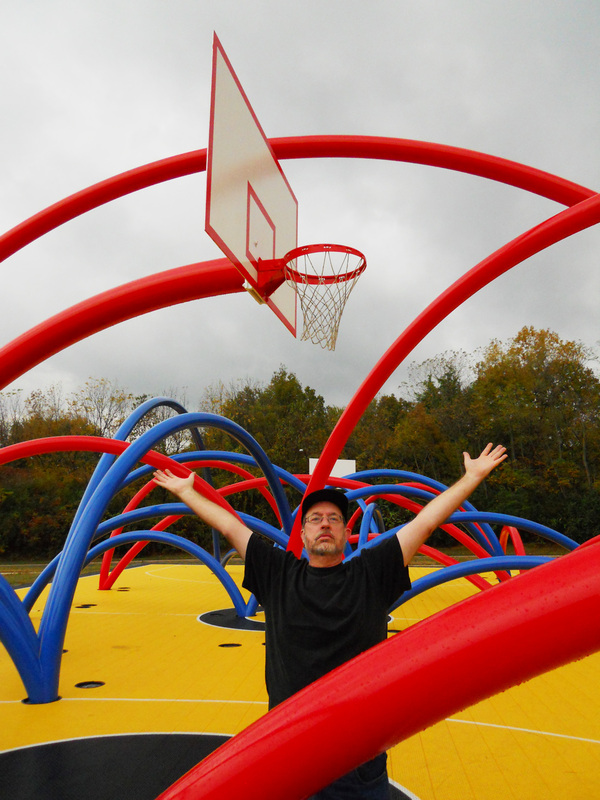 The author in Indianapolis, circa 2010, being an assclown (photo by Joe Vitti)