So where were we? Oh yeah, at the Grand Canyon, watching tourists pretend to fall in.

I drove to Los Angeles from there, to attend the “Bernie” premiere and, theoretically, get some writing done. Which I did, kind of, finishing the “Breaking Bad” piece in time for it to actually get in the paper when it was supposed to. This, for me, is an accomplishment.

But the story I really needed to finish, and have needed to finish for months, is the “Bernie” story. I’ve written bits of it, done all the research, finished all the interviews. But I keep putting off the real hunker-down writing. Partly because there is no deadline yet – the story won’t run until the movie comes out and a release date hasn’t been announced – partly because I’m extraordinarily lazy and constitutionally opposed to doing any work until I’m forced to do it. And partly because the story scares the shit out of me. 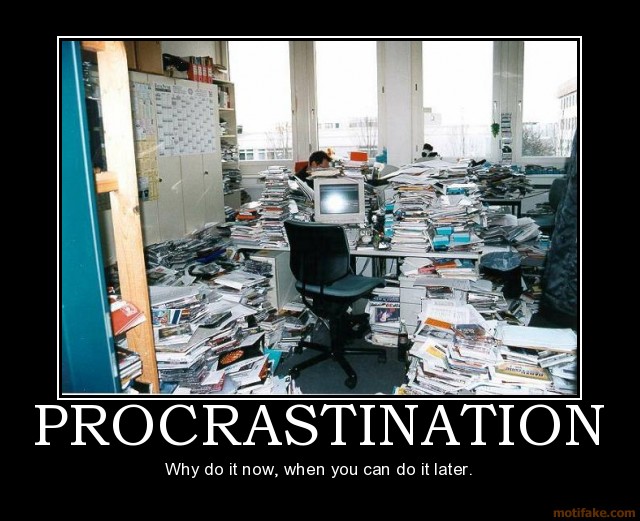 Because, let’s face it, there’s no reason for this story not to be great. I’ve had plenty of time to research, have great material to work with and terrific interviews to draw from. Hell, the Shirley MacLaine and Bernie interviews are good enough to be stories all by themselves.

So, rather than actually write the story, I’ve been constructing excuses as to why I can’t do it just yet. The premiere was a good excuse. How could I write the story without seeing the movie, right?  So that week I spent at the cabin in Taos, valuable as it was, led to no actual writing. Too soon.

After the premiere, convinced I’d run out of excuses, I rented a cheap motel for a week in Oxnard, California in Ventura County, the Regal Lodge, a place far enough out of  Los Angeles that I wouldn’t be distracted. It was a hellhole, but I kind of loved it. 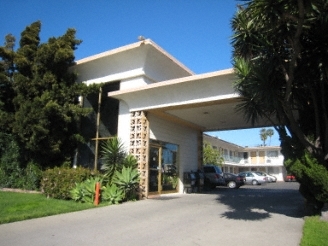 I could barely  fit the Traipsemobile in the parking lot, which was full of broken-down, or about to be broken-down, cars and pick-up trucks, an unruly  tangle of primer-painted, flat-tired last gasps. There were Hispanic families crowded into the corner upstairs rooms, guys drinking beer on the balcony. A woman, who seemed to be not quite right, kept flitting from person to person, asking if anybody had a cigarette. Apparently the state had paid for her room, left her at the Regal Lodge because they had no better place to put her.

There was some kind of stain on the carpet in my room, socks and cigarette butts under the bed. But Norman, the guy behind the front desk, seemed nice enough, if a little too fond of horrible, horrible puns. “That’s a satellite?,” he said, after being informed why there was a black dome on top of the Traipsemobile. “That’s what cowboys use to ride in the dark, isn’t it? Saddle lights?”

I shouldn’t have stayed there. Norman mentioned, way too soon, that the cops patrolled the parking lot on a regular basis. The whole place felt like some place out of “The Wire,” a refuge for hustlers and whores and guys just out of the joint. The families, it seemed clear, were there because they’d been tossed out of other housing and this was their last resort, a place that charged by the week, that didn’t require a deposit or a credit check.

And this, I decided, is where I should try to write. 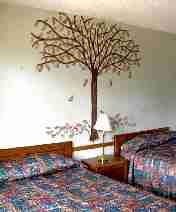 And I did, a little bit. But mostly, I sat in front of my ground-floor room watching the other residents go back and forth. Michael, a large black man from Mississippi (think Michael Clarke Duncan in “The Green Mile”) works at The Regal Lodge in return for free rent, until he can find a better job. He’s got one lined up, he says, a construction gig in Port Hueneme. But that doesn’t start until the end of the month. So, for now, he’s here.

He cleans the rooms, does the laundry, fixes whatever Norman needs to get fixed. There’s always something, a broken lamp, a clogged shower, a busted air conditioner. Michael knows everybody. There’s one guy, he says, who’s been staying at the Regal Lodge for 2 years. He doesn’t know why. Maybe he just likes it there.

Michael doesn’t. He wants out. He wouldn’t have been here in the first place, except he got involved with this woman. She seemed all right at first. And he really liked her son. But, after a while, she started going crazy or something. She had fits. He’d wake up in the middle of the night and she’d be there, on top of him, screaming. Had to put her out, he did.

What he’d really like to be doing is cooking. Michael’s family lives in southern Mississippi, not far from New Orleans. He used to cook for church picnics there, when he was dating the preacher’s daughter, and they thought it was the best chicken they’d ever had. He can do it all, he says. Shrimp, gumbo but most of all chicken. He could have married that preacher’s daughter, and the preacher would have given him the money to start up a restaurant back in Mississippi. But Michael couldn’t make up his mind. He moved to California instead, had a good job for a while. But then the economy went to hell. And Michael ended up at the Regal Lodge. 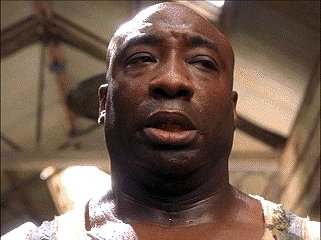 I was there on the fourth of July and Michael said he might go get some chicken at the Mexican market across the street. He talked about cooking for all of us. We could sit outside and watch the fireworks.

But it never quite happened. Maybe there wasn’t enough money for chicken. Or maybe Michael forgot. He apologized the next day. I was sitting out in front of the room, smoking a cigar, drinking a beer. Not writing.

“When I get that job, everything’s gonna change,” Michael said. “I need to get out of here.”

I don’t know if he did. I left without finishing the Bernie story, moving up the coast, to Santa Cruz for a few days, then over to Sacramento to see some old friends. I kept going north, staying ahead of the heat., driving through forests, over mountains, seeing something new every single day.

And every once in a while, I wondered  about Michael. I hope he got out. I hope he got that job in Port Hueneme. But there’s a part of me that thinks he’s probably still there, keeping an eye on things at the Regal Lodge.

Is it just me or does Iran have a shitload of matinee idol-looking motherfuckers on their team? #WorldCup
- Tuesday Nov 29 - 8:31pm