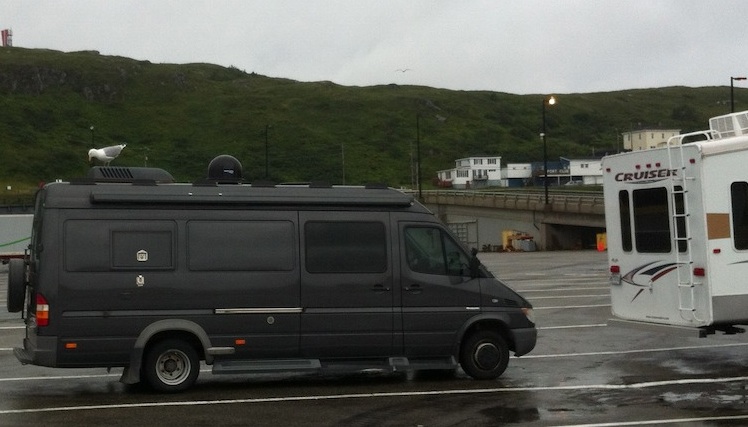 So, where were we? Oh yeah, harassing members of Cheap Trick in the wilds of Newfoundland.

North Sydney, besides being north of Sydney, is on the far eastern tip of Cape Breton island, a part of Nova Scotia where lots of people still speak French, play fiddles and  accordions and silently plot to murder the English in their sleep. Kidding. They’re not really that quiet about it.

If you’ve ever been to south Louisiana, Cape Breton will seem very familiar, although there are a lot more mountains and considerably less perspiration. These are the French people – the Acadians – who didn’t get their asses shipped south in the 1700’s, when the British decided they couldn’t trust them (remember all that French and Indian War stuff you read about in history class. That’s what we’re talking about). The British Lord Mayor of Halifax ordered all the French people rounded up and put on George Island (which used to have a French name but the English decided to rename it after their King). It’s okay now, though, because there’s a plaque and everything. And it also led to poetry and music and spicy food. If the Acadians hadn’t been exiled to Louisiana we wouldn’t have Zydeco music or crawfish jambalaya. So, uh, hooray for ethnic cleansing? 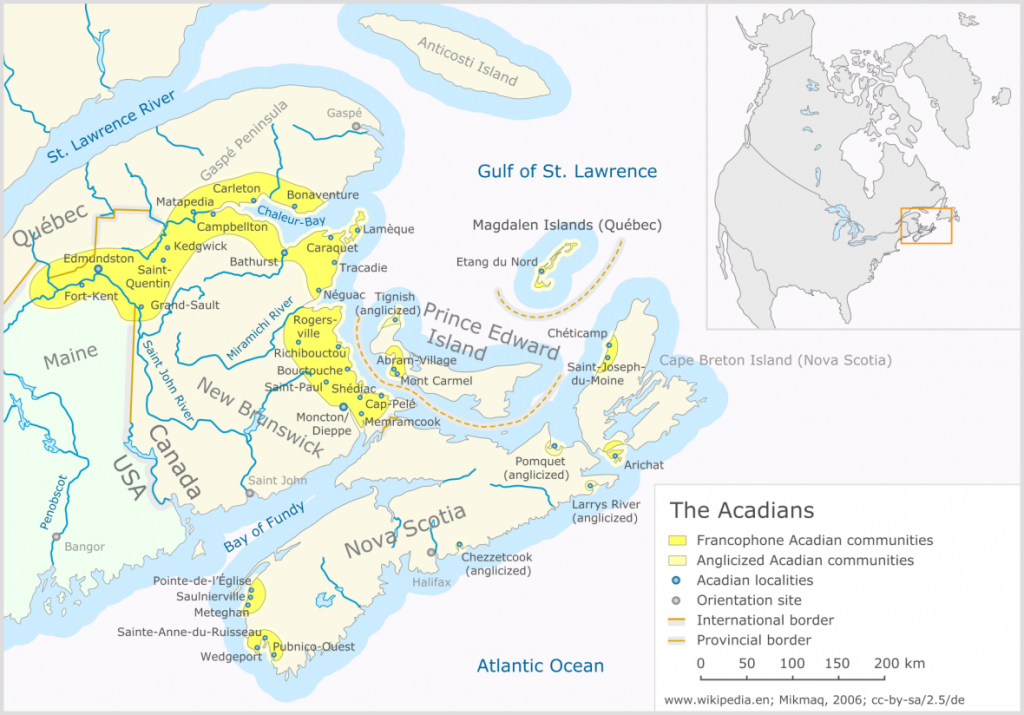 My point is that people up here are still holding on to this stuff, in the same way that politicians in the southern U.S. are still trying to make it cool to wave Confederate Flags and keep black people from voting.  The French people are still pissed at the English people and the English people are still scared of the French people. That’s why the Quebec Separatist movement has persisted, why they are so adamant that all the signs have to be in French there. Because they’re convinced that, given half a chance, the English-speaking Canadians will send all of them to Abbeville or Ville Platte or some other place where alligators will eat them.

They’d rather stay up here, where the McDonald’s menus are in French and include lobster rolls. I think that’s their main reason. 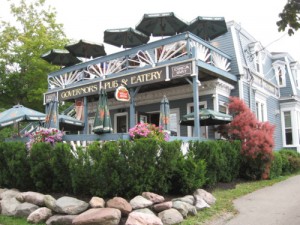 But I was talking about Cape Breton, where you can stumble into the Governor’s Pub in Sydney on a chilly night and there’s a fireplace downstairs and live music upstairs and the best bowl of lobster bisque that’s ever been served anywhere ever. There is also delicious beer,  Hopyard Pale Ale. This may have influenced my review.

I spent the next couple of days wandering along the Cabot Trail through the Cape Breton Highlands, a 100-mile network of twisty back roads through forests and alongside cliffs, in and out of fog and mist, breaking through the clouds at the top of spectacular mountain passes, the ocean and the valleys suddenly visible for miles. Basically, it’s like driving through a Led Zeppelin album. I expected to be ambushed by Goths and Vandals or, at the very least, trolls. 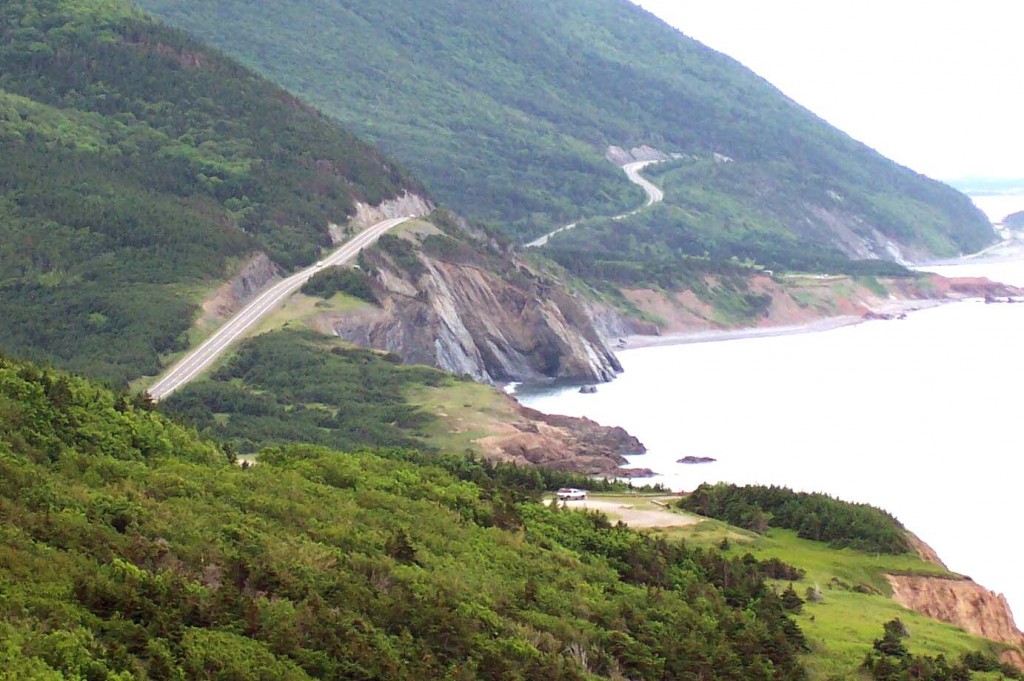 But there were no troll attacks, so I made it Halifax safely. I spent a lot of time down by the harbor. The Tall Ships were in town (including the HMS Bounty, before it sank in Hurricane Sandy), there were fireworks and lobster rolls and – oh, sweet Jesus – the Garrison Brewing Company, makers of the aforementioned Hopyard Ale. They have a tasting deck, right there on the harbor, within view of the ships and the fireworks. Hopyard makes me Happy. I stayed Happy for a while. 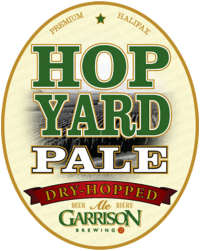 As you might expect, because of the Tall Ships, the crowds at the harbor were huge, Traipsemobile-sized parking spots few and far between. I am patient in these situations, content to circle the block as many times as needed before someone, fearing that I may be the authorities, panics and abandons their spot. Occasionally, to reinforce the illusion, I roll down the window and chat with traffic officers. I did this during the Harbor crawl, a three-quarter mile circumlocution of jam-packed one-way streets. 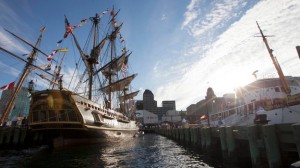 “There’s a spot in that lot over there,” the officer said, pointing to a place a half-block behind me. Somehow I’d missed it. Damn.

“No need,” said the officer. I swear this is true. He walked back up the block, stopped the traffic and motioned for me to go in reverse, the wrong way down the one-way street, so I could turn into the parking lot. Canadians are very nice. I should have offered him a beer.

I wandered through the Maritimes for another week or so, looking for bands (I highly recommend “Hey, Rosetta” from Halifax) and beer. I went all over Nova Scotia and New Brunswick and, crossed the 8-mile long Confederation Bridge onto Prince Edward Island. (Which is free crossing onto the island but has a $45 toll coming out. For all cars, not just the Traipsemobile)  And, with that, I can now say I’ve been to every Canadian Province (as well as all 50 states).  Did Mother Theresa ever do that? I think not. 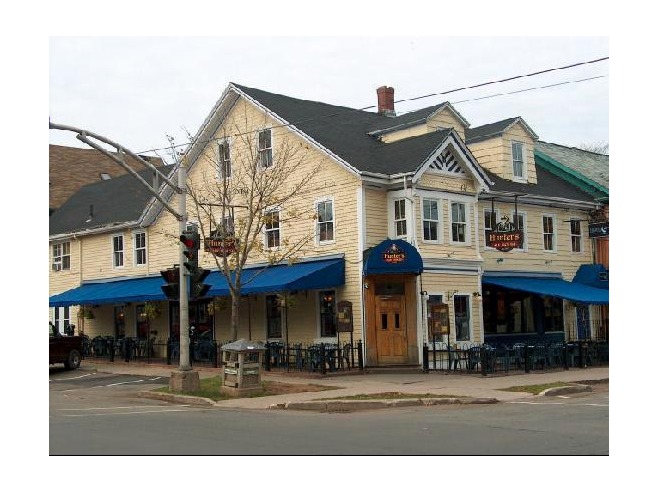 It’s pretty enough on P.E..I., but in a manicured, pasture-land way, not nearly so spectacular as Cape Breton or Newfoundland. It’s full of rich people. There are lots of golf courses. But there are also a few pubs in downtown Charlottetown, so I spent the night. Besides, it had cost me $45 to get on the damned island. I wasn’t going to leave without drinking beer.

Hunter’s Ale House, at the corner of Prince and Kent, seemed nice enough. And there was a singer from Cape Breton, Carmen Townsend, who I really wanted to hear. So I parked the Traipsemobile across the street and found myself a seat at the bar.

I noticed that a lot of people were hanging out by the sidewalk entrance, where there are tables and a place to smoke. They were staring across the street and talking excitedly about something. I stumbled over and asked what was going on.

“We think there’s going to be a bust,” one of them said. “See that over there?  Tactical unit. “

“Oh yeah, I’ve seen it before. There are cops in there. Something’s going to happen.”

I hated to disappoint them, so I went back to the bar and let them keep watch. But any worries I might have had about whether I’d be able to park there overnight had disappeared. Nobody’s going to tow the S.W.A.T. team.

I crossed back into New Brunswick and from there across the U.S. border into Maine, once again with customs officials asking a lot fewer questions than they probably should. I spent the next few weeks horning in on friend’s family vacations in Vermont and Maine, sleeping in the driveways of assorted beachfront cottages and mountain lodges. Lobsters were consumed. Often on rolls. 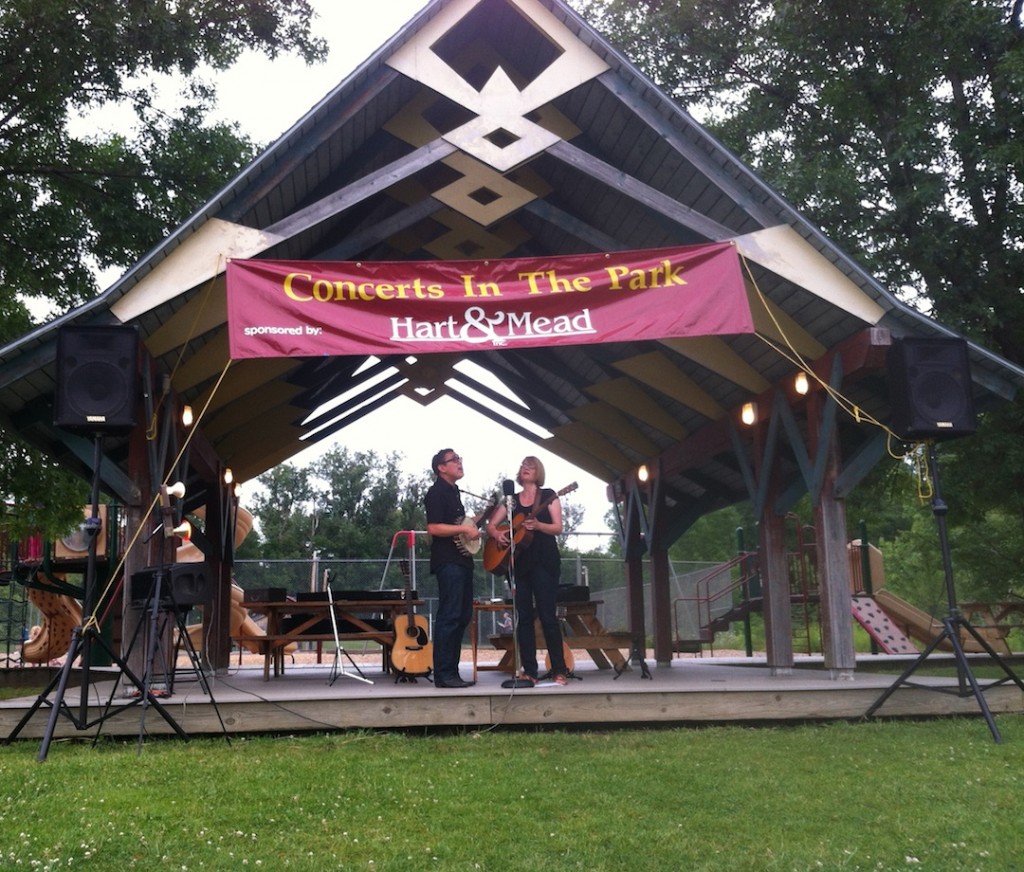 I spent most of August in New England, hanging out with the hippies in Vermont, eating lavender goat cheese, going to concerts, getting stared at for being the only person not wearing or smoking hemp. There was a wonderful full-moon open-air Wilco show in Burlington. My Sprinter van role models, Hungrytown, played at a small park in Hinesburg, where all the townspeople inexplicably set up their lawn chairs 40 yards from the stage. I sat right up front, by myself, secure in the knowledge that no matter how much I farted, no one would be able to tell.

In New Hampshire and Maine the weather was perfect and there were wild blackberries and blueberries everywhere, free for the picking. What I’m trying to say is that this whole global warming thing is really working out well for me. So keep it up, America! I appreciate your support. 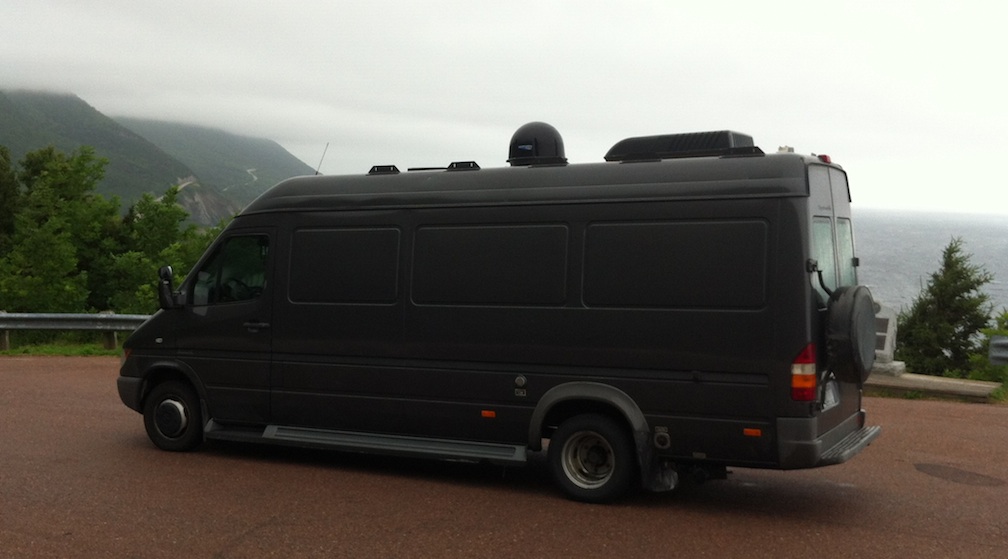