Home/Dispatches/Waltzing Across Texas
Previous Next

So where were we? Oh yeah, open mic night at the Last Concert Cafe in Houston.

But I wasn’t done in Houston. I needed to touch base with the entirety of my unsolicited, online-only fan base. A guy in Houston named Pin Lim who, for some inexplicable reason, has become a fan of the Traipsathon. And, even more surprisingly, not in a creepy way. 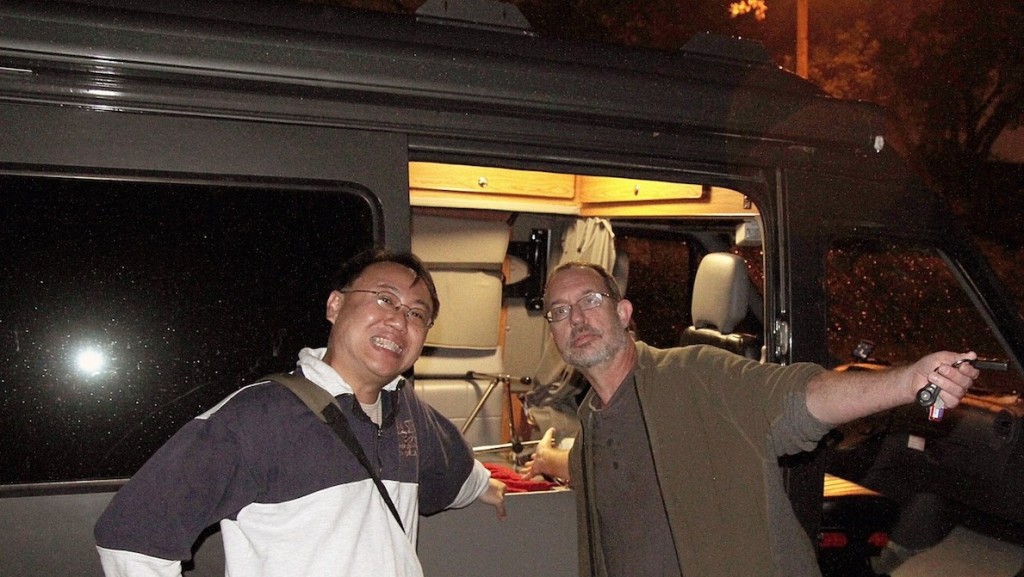 I’m not even sure how he heard about it. He’s a photographer/jazz enthusiast in Houston who somehow came across me making some smart-ass remark on Twitter and decided to keep an eye on me. Possibly he’s a government agent. But I doubt it. Every once in a while – particularly when the Traipsemobile was in eternal-breakdown mode – he’d send an encouraging note, like the supportive Chinese brother I never had.

So it would have been wrong to leave Houston without spending an evening with him. He suggested we have dinner at the King Biscuit Patio Cafe,  in the Heights, another one of Houston’s pleasantly funky neighborhoods. Why there? Jazz, man. Jazz. 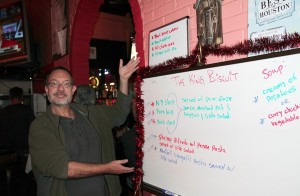 They do Tuesday night jazz sessions at the King Biscuit, where the bartenders are friendly, the food is average, and the vibe is so not what anyone thinks Houston is like. It’s not a freak show like the Last Concert open mic night, but it’s an entertaining mélange of hipsters, college professor types, bikers, lesbians, white people, black people, caramel-colored people of various geographic origin. There wasn’t a redneck in the place, but the thing is, if one had walked in, he’d have been as welcome as anyone else.

Pin Lim, an invaluable contributor to jazzhouston.com, has done head shots for just about every jazz player in town and is almost always hanging around local shows, so much a part of the scene that no one minds when he wanders in stage and sticks his camera lens right in the saxophonist’s blowhole. When he gets worked up about something, he’s in all the way. Which is apparently how he feels about the Traipsathon.

He was giddy when he saw the vehicle. Giddy. “I have to get some pictures, just so my wife knows it’s real,” he said. “She thinks I might have made you up.” So, in the drizzle turning to rain, he shot as many pictures of the Traipsemobile as he did the musicians.

Although I haven’t met anyone else  enthusiastic as Pin Lim, I’ve come to understand that people tend to respond to the Traipsemobile as if they’re meeting a celebrity. Not me, the Traipsemobile. Since I often hang around with famous people for a living I’ve seen this before, walking through shopping malls with celebrities, watching people try to stare without staring, whisper without being heard. Sometimes they’ll approach the star, ask for an autograph or say hello. But mostly, they just watch.

And that’s how it is with the Traipsemobile. Heads turn. Fingers point. And every once in a while someone gets the gumption to come up and ask a question or two, mostly inquiries about that black dome on the top, which they are generally convinced contains surveillance equipment. One guy thought I was a storm chaser. They’re interested, but wary. There was a guy in Houston, earlier that night, who was noticed the Traipsemobile in a service station, and stared while he walked into the adjacent convenience store. I saw him mouth out , “C.I.A.” to the clerk. I did nothing to dissuade him. 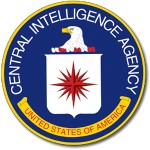 Eventually, I suppose, someone will see the vehicle and want to fuck with it, the same way people in bars get drunk and challenge Chuck Norris to fights, which is, by the way, an incredibly bad idea. But for now, people j don’t want to mess with it. They just want to look.

It’s why I’ve gotten more brazen about where I park. If I see a big enough spot, I don’t pay much attention to various warnings about “Permits Only” or “Reserved for People Who Actually Work Here.” In San Antonio, I spent the night outside a dialysis center in the doctor’s lot. No one bothered me at all. It really is like driving a Jedi van. 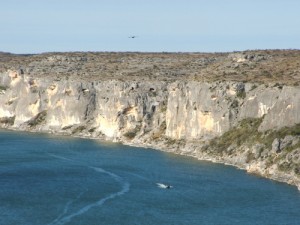 I was headed  west on U.S. 90, avoiding the Interstate, hugging the border a good chunk of the way, through Uvalde and Del Rio, Alpine and Marfa, eventually turning up into the Fort Davis Mountains.  It’s a spectacular drive, crossing the Pecos River, taking in the gray striations of the canyon walls, the distant mesas, the Border Patrol mini-blimps hovering overhead.

There are checkpoints on U.S. 90 (and on Interstate 10 – hello, Willie Nelson) where every vehicle has to stop and armed gentlemen with German shepherds ask a lot of questions and, occasionally,, ask to look inside your trunk. I used to drive an Astro mini-van. I got pulled over and had to show there was no one hiding in the back.

So, naturally, I expected that to happen with the Traipsemobile, too. Who knows how many illegals could be crammed in the back of that thing. Not to mention the possibility of all sorts of contraband. Of COURSE, they’d want to look. They’d be crazy not to.

But they didn’t. They asked the standard questions – “Are You a United States citizen?” and “Where are you headed?” – and then, they waved me through. They might as well have winked and said, “We’ll pretend to ask you some questions, but we know you must be on official business, so please don’t’ report us when you get back to the Pentagon.” 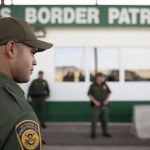 The same thing happened a week later when I was entering California from Arizona, at the agricultural inspection station on the state line. I have a refrigerator, for God’s sakes. Running water. You don’t want to check to see if I’m smuggling tomatoes or electric eels or talking monkeys or something? No. They did not even make me stop. I slowed down, got the wave, and proceeded into California without so much as a cursory inspection. Jedi.

Nor that everything’s gone smoothly. To get to my friend’s place in Fort Davis, I had to bounce along about 20 miles of back road,  at least 5 miles of it a washboard obstacle course. The speed limit was 25 miles an hour, but I don’t think I ever got above 15. 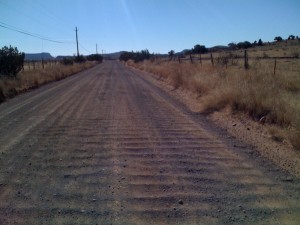 The vibrations from the road were enough to send the Traipsemobile microwave on a little walkabout. It was dark and I was half-lost, so I’m not sure exactly when it happened. But the shaking got the microwave moving as if it had legs. Until it walked itself out of it’s cabinet and crashed 4 feet to the floor. I thought it was bolted in. This, it turns out, wasn’t true.

The other thing was that my GPS stopped working. Not entirely, but it was off about 200 yards, showing that I was driving through the middle of the hills, not on the road at all. I’ve decided there must be some sort of jamming device in play near the border, or maybe it’s a reflection of satellite signals off the mountains. Either way, if you were dropping off a bale of marijuana, you’d be hard pressed to hit an exact spot.

By the time I got to El Paso, the GPS had corrected itself. The microwave was dented and the rotating glass plate smashed. I’d have to wait until California to get it fixed and until then I didn’t dare use it, for fear of spewing radiation all over the place. I’d have ended up like that guy with the glowing trunk in “Repo Man.”

Not that the authorities would have stopped me. Glowing trunk? Machine gun turrets? An “I Love Anthrax” license plate. Wouldn’t have mattered. The Force is with me. 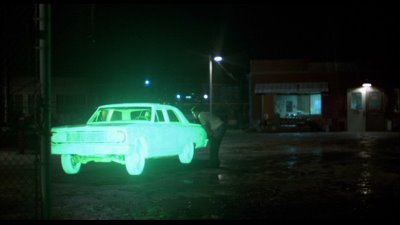