So where were we? Oh, yeah, in prison in New Boston, Texas.

I went to Texarkana, about 25 miles east, after that, ending up in a place called Fat Jack’s Oyster and Sports Bar, on Stateline Avenue, on the Arkansas side. There was etoufee, there was Shiner on tap, there was basketball on the tv screens and there was a nice little bar fight over by the pool tables, drunk boys arguing over nothing in particular, swinging a lot and hitting not very much. I saw them later, outside, arms around each other, completely shitfaced and apparently bearing no ill will. It was like a redneck Lifetime movie.

I imagine there was a fair amount of that in Houston last weekend, which is where I happened to be.. 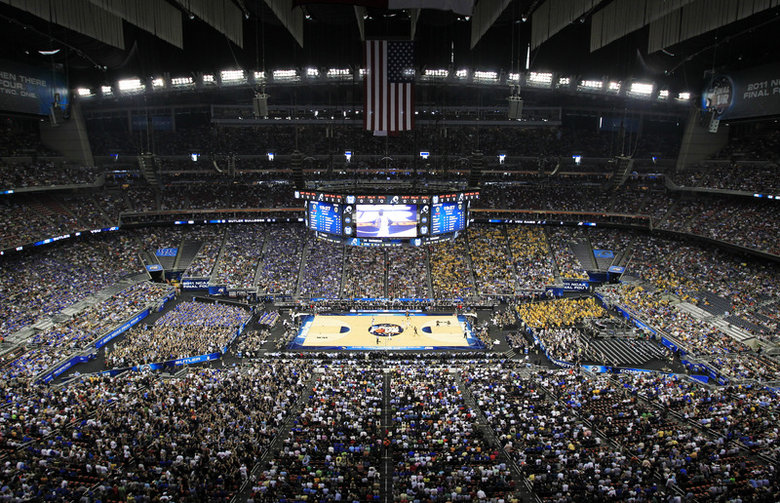 I wasn’t going to attend the Final Four this year, since I am broke and really should be pretending to work. But I was already in Texas and when a friend called with face-value tickets – it just seemed like I ought to go.

Because, 40 years ago, Houston is where I attended my first Final Four, which wasn’t even called the Final Four yet. It was just the NCAA Championships back then and 1971 was the first time it was ever played in a dome, the massive Houston Astrodome, an altogether terrible place to play and/or watch a basketball game. Which is why the NCAA has now made it a rule that only domes, with 70,000 seats or more, can host the Final Four. Because it’s not important that the players can see the basket or the fans can see the court. What’s important is that corporate goons will pay thousands of dollars to fly in clients, who attend the game but don’t really give a shit about it. Then they go back to their hotel suites, put on diapers and have prostitutes pee on them. It’s in the brochures.

But I was 16 in 1971, so naive that I just peed on myself, not even realizing I could pay people to do it for me. I was actually there to watch basketball. Through binoculars. The court was in the middle of the Astrodome floor, hundreds of yards from any actual seats. It was also elevated, about 5 feet above the benches and press rows, which means no one covering the game could see any of the markings on the court. But they sold 35,000 tickets.  And the inevitable march towards Dome-dom had begun. 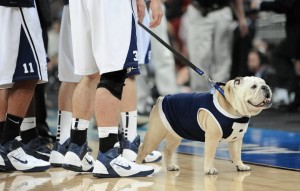 I’ve been to 12 Final Fours since then – including two of the greatest championship games ever, the NC State win over Houston in 1983 and the Villanova-Georgetown upset in 1985. But I haven’t covered once since 1986 – exactly 25 years ago in Dallas – and the last one I attended was 1995 in Seattle, which seems like a long time ago. Another lifetime.

When I first acquired the Traipsemobile I thought for a minute that maybe I should do another “Basketball Odyssey,” like the one 25 years ago, where I spent the entire season going from game to game, doing two columns a week and, for the most part, having a wonderful time. I got to do long sit-down interviews with everyone that mattered back then – Bobby Knight, John Thompson, Jim Valvano. I watched a game with John Wooden, who quoted poetry and told me jokes and was unbelievably generous with his time. Yeah, that was a pretty good day. 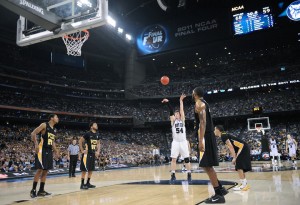 I camped out with the Cameron crazies at Duke, went on a memorable bus trip with Butch Van Breda Kolff and, because no one was really doing that sort of thing back then, got treated like a semi-celebrity wherever I went. I did a million halftime  radio interviews and “Good Morning, Wherever” kind of shows. I was on ESPN and NBC. At halftime of the Hope-Calvin game in Holland, Michigan they presented me with wooden shoes, my name burned into them, one of the few souvenirs I still have.

But I also spent a lot of time complaining about how the game had gotten too damned big for its own good, that the good stuff – the funky field houses, eccentric coaches, the romance of it all – was rapidly disappearing. And, for the most part, it has.

There are exceptions. Butler, which plays in the Hinkle Fieldhouse in Indianapolis, where the final scenes of “Hoosiers” were shot, is one of them. But even they are a big-time marketing operation now, as much about branding as basketball. 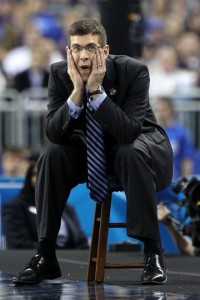 Nothing I saw in Houston convinced me otherwise. Everything is programmed , sponsored by soft drink and credit card companies. They charged $10 for admission to Bracketville and the NCAA Experience, where you can pose for pictures with cardboard cutouts of players and get a laminated holder for your tickets, so you can hang them around your neck and – what? – pretend you have a press credential? It’s like Universal City Walk or “The Grove” all those high-priced shopping centers masquerading as old-fashioned village squares. It’s like everyone is walking around the set of “Back to the Future,” pretending it’s 1955. Except that chocolate malts and cheeseburgers cost $20.

My Final Four tickets, not the worst seats in the building, but still 100 yards from the court, cost $100 each. The good seats, the ones that don’t require binoculars or watching everyone on the giant video screens cost  $2,500. Those aren’t scalper prices. That’s the face-value price. 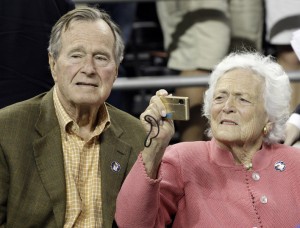 "This game is worse than W's Presidency."

There’s still something to be said for being in the building, even if it is a giant dome. It’s fun to watch the bands and the face-painted crazies, to watch Ashley Judd, her face disappointingly botoxed, jumping around with the Kentucky students. And I kind of enjoyed keeping an eye on George and Barbara Bush. She’s always trying to get him to pay attention to her. He’s watching the Butler baton twirler and is clearly tired of listening to her shit. Also, he’s stopped combing his hair. I respect that. 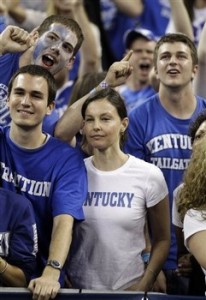 The games, as you probably know, were terrible. The championship game, in which Connecticut beat Butler, was the worst championship game I’ve ever seen. Butler shot 18 percent. I’ve seen grade school teams shoot better than that.

But I stuck around, just for old time’s sake, through the championship trophy presentations and the inevitable exploding confetti avalanche, the CBS “One Shining Moment” highlight montage. Then I trudged out of the building and over to the media hospitality room in a nearby hotel.

That part was just like I remembered it. Clusters of rumpled sportswriters, shirttails out, suit coats off, sifting through the minutia of the season, bitching about their jobs, eating as much free food as they could get their hands on. I did, too.

They were still there at 2 a.m. I wandered out of the hotel ballroom, down the corridor and into the back parking lot, where the Traipsemobile was waiting. This was my 13th Final Four. And probably my last. 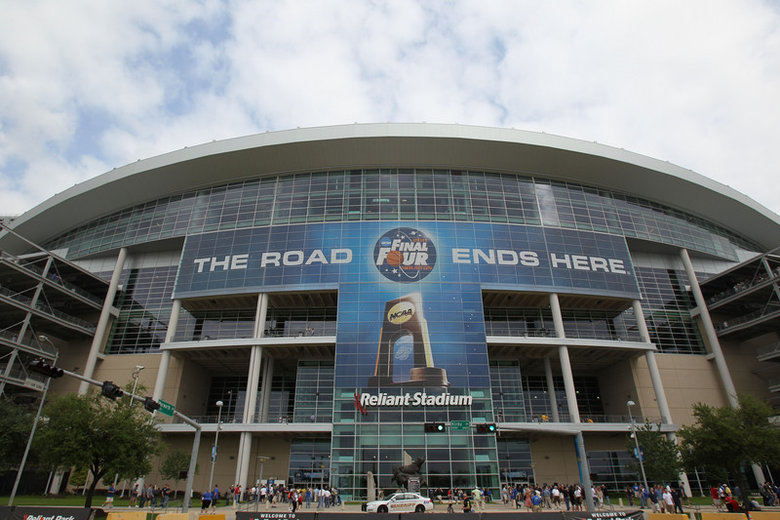 @SusanElizabeth I went to Newport last week and bunch of indoor shows after that BUT New England is highly vaccinat… https://t.co/okLnvN3bA6
- Saturday Jul 31 - 4:03pm