Home/Dispatches/Stop And Go
Previous Next

So where were? Oh yeah, Kansas City, where it was still too damned hot and I was taking unwarranted potshots at St. Louis.

I don’t know why. I really like St. Louis, even though it is the only place where I’ve ever been hit in head with a bottle (At a basketball game in the old Kiel Auditorium).  And their most famous person ever was a Nazi Sympathizer. But, hey, Soulard is great. The city is beautiful. I don’t know what I was thinking 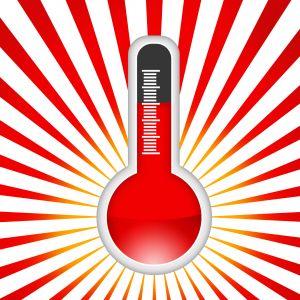 I blame the heat. My plan for this mobile life, to the extent that I actually had one, was to never, ever, under any circumstances, find myself in temperatures over 90 degrees again. When people ask how I decide where I’m going next, my answer is, “It’s climate based science.”

I actually thought I’d figured out a way to never be too hot or too cold again, to lead a Goldilocks’ porridge kind of life. If it got warmer than say, 80 degrees, then I would simply go somewhere cooler, immediately.

So what the hell went wrong? How is it that I kept waking up in places where the high was expected to be 92 degrees? Turns out that when it’s 90 degrees someplace, odds are very high that it’s also 90 degrees anywhere within a few hours driving time. I had not factored that in. So, I suffered. And it made me crazy. It made me cranky. It made me say rude things about St. Louis.

Where it was still too hot, by the way. So I didn’t stay there, either.  I headed up to Central Illinois, to Springfield and Champaign and, of course, Peoria, where I went to college and still have a few friends. Would you like to hear a story about me being drunk in Peoria when I was in college? Of course you would.

My friend, Dave, who eventually became a minister, and I had a bottle of Jose Cuervo and too much time on our hands on a Friday night.  So, even though we rarely consumed anything stronger than frat party keg beer, we drank it. Him and me. The whole bottle. Of tequila, one-salt-and-lemon shot at a time. Then we decided to go for a ride. Clearly this was the night both of us should have died. But we didn’t. Not that we didn’t try. 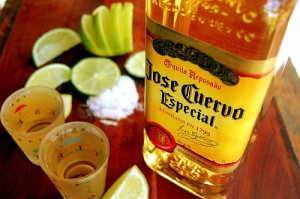 We drove from his frat house to some tavern on the north side of Peoria where pitchers of beer cost a dollar. Or something like that. Dave and I drank a pitcher each. I don’t know how I remember this, but I do. And I remember thinking, “This is the most beer I’ve ever drunk in my life.” And, to this day, it still is.

We decided – mid-pitcher – that what we really ought to do was pay a surprise visit to our friend, Nick. (who you might recall from this adventure). The only flaw in this plan was that Nick was in Arlington Heights, in the northwest suburbs of Chicago, and we were in Peoria,  three drunk-driving hours away. Also, it was 3 a.m. So, of course, we went.

Illinois State Route 29 is a lovely little two-lane highway that follows the Illinois River north, curving through  little towns like Hopewell and Sparland and Henry, places I used to visit all the time when I was covering high school sports for the Peoria Journal Star. I loved those back roads, along the creeks and through the cornfields, from one idyllic small town to another. 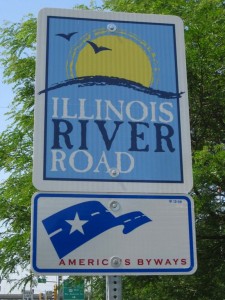 None of this was visible at 3 a.m. So Dave and I decided to liven up the trip with a little game that I invented at that very moment called “Stop And Go.” Dave was driving and I was in the passenger seat, singing along to the radio and then, when Dave least expected it, screaming out “Stop!!!” He slammed on the brakes immediately. We laughed our asses off and then I yelled “Go” and he hit the accelerator as hard as he could.

This is how we lurched up Route 29 at 3 in the morning, lurching forward, slamming to a stop, then lurching forward again, never bothering to pull over to the side. We did this once too often, killing the engine in the process. We were in the middle of the highway, lobotomy-quality drunk, laughing like escaped convicts and not even noticing the flashing lights behind us. Oh, shit.

Dave – exhibiting the leadership qualities that eventually led him to the ministry – suggested that I try to stop laughing and to let him do all the talking. He swung out the driver’s side door – and I mean he was hanging ONTO the door, his feet barely touching the ground – and somehow opened the hood. I slouched lower in the seat, not saying a word but grinning like a madman. We were clearly going to jail.

But Dave, somehow managing to pronounce “Officer” and several other words without slurring, convinced the state trooper that we were merely having a little car trouble. He fiddled with the carburetor or some wires or something. I have no idea. Then he restarted the engine and – I still can’t believe this happened, but it did – the trooper said, “Okay then, you be careful. And take care of your friend in there. He looks pretty drunk.” 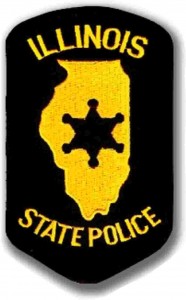 Holy Shit! Dave, way drunker than me, had pulled it off. And we continued the rest of the way to Chicago, not noticing until we came back in daylight the next day that the intersection of Interstates 55 & 80, were under construction, squeezed down to one blinking-light lane. We had no memory of this. Let me say this again: We should have died.

But we didn’t. We made it to Arlington Heights, just before 6 a.m., found Nick’s house – or more accurately, his parents’ house, and started banging on the door, yelling “Hey, Nick!!” at the top of our lungs. Nick, to our dismay, wasn’t that thrilled to see us.

“Get in here and shut up before my dad comes down here and kills us all.”

I recall something about Nick’s sister referring to us as “maniacs” and passing out on the couch in Nick’s living room. I also recalled, too late to do anything about it, that I was supposed to be opening the Father & Son shoe store, where I was working for the summer, at 9 a.m. in Peoria. So, yeah, I got fired. Which was okay by me. The manager didn’t even seem angry about it. That I was three hours away and still a little drunk when I called him somehow struck him as funny. Selling shoes was not my destiny.

No, my destiny, clearly, was to come back to Illinois and spend a beautiful afternoon driving  those Illinois farm roads one more times – past Princeville and Toluca, all those towns where I saw all those high school football and basketball games — sober this time, taking in the gentle turns and the corn and the sunshine and thinking the whole thing was car-commercial perfect. Which it was. 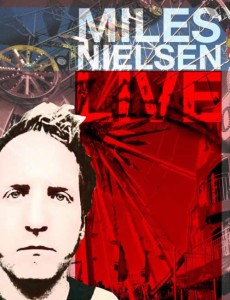 I hovered around Chicagoland for a while. Went to the Roy Lichtenstein exhibit at the Art Institute of Chicago, hung around the dunes on Lake Michigan’s southern shore, drove out to Rockford to see Merrill Markoe give a little talk at Rockford College and then have a lovely dinner with her and her boyfriend, Andy Prieboy. I ended the night at Mary’s Place, the oldest bar in Rockford, a low-ceiling joint down by the river, full of bikers and college kids and, on this night, Miles Nielsen, the son of Cheap Trick guitarist Rick Nielsen, playing his songs until 2 a.m. He’s not goofy like his daddy, but his songs are wonderful, in a Squeeze, singer-songwriter kind of way. If he shows up where you are, go see him. He’s really good. 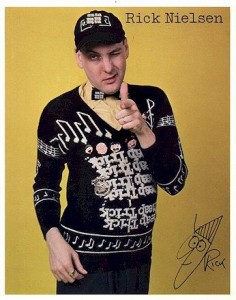 I also had dinner with Nick. He lives in the same part of town as his parents did. We talked about his dad and the night Dave and I showed up drunk at 6 a.m. He had no memory of it. None.

So I opened up a beer and told him the tale, as if he were hearing it for the first time. We were in his basement. It was cool in there and starting to cool off outside. I was heading north the next day, through Wisconsin and towards the Upper Peninsula of Michigan. The high in Milwaukee was only supposed to be 80 degrees. Perfect, I thought. I’m exactly where I need to be. 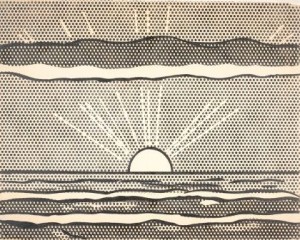