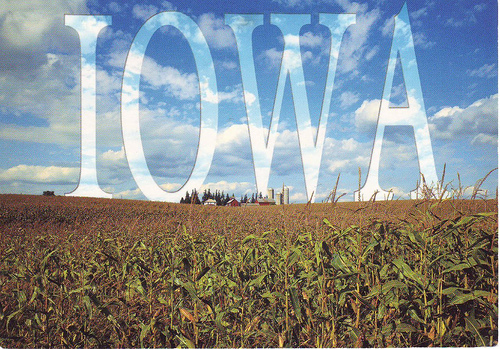 So where were we? Oh yeah, heading from St. Louis to Iowa, home of loose meat sandwiches, ethanol subsidies, Tom Arnold, Ashton Kutcher and, as seen on tv, a critical swing state in the 2012 Presidential election.

When I first took up residency in the Traipsemobile, I thought about following Presidential candidates around during the primaries, maybe doing some heckling and subsisting entirely on free snacks provided at various rallies and/or protests, depending on who had the best food. I’ll bet those Gingrich people could EAT! But then I got drunk and forgot about that plan.

As autumn approached and the 2012 Election continued to look as if it would be agonizingly close, I re-examined my priorities. Specifically, I realized that if Mitt Romney defeated Barack Obama I would almost immediately lose my Obamacare health insurance. The prospect of me wandering around uninsured seemed like too much of a risk. Not just for me, but for America. Do you really want me stumbling into your understaffed emergency room demanding painkillers and water for my imaginary horse? No, you do not. You want me to be escorted into the relatively-secure environment of the local walk-in clinic where, for a $25 co-pay, they are able to diagnose me as being “full of beer.” 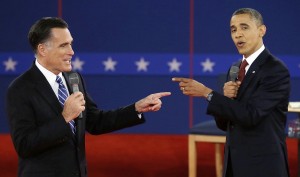 Oh sure, I could have done some campaign work in one of my legally-recognized (for accounting purposes) “home”  states, Texas or California. But there wasn’t any way to affect the outcome in either place. California was going to vote overwhelmingly for Obama or some other mixed-race hippie and Texas was going to vote for whatever gun-toting right-wing nutjob happened to be on the ballot. Or, since Yosemite Sam wasn’t running, Mitt Romney.

No, the election would be decided in an assortment of “swing” states – Ohio, Pennsylvania, Colorado, Iowa, Florida, Nevada and Virginia. If I wanted to make a difference I needed to go someplace where the race would be close, where knocking on doors, passing out flyers and harassing undecided voters in their own homes might be the determining factor.

I thought about going to Ohio or Florida, but I also wanted to work in a place with a close Congressional race, preferably where there was a Republican incumbent in some jeopardy of losing. And that’s how I decided on Iowa. It seemed like a place where they might be low on volunteers, since many of the residents live inside corn mazes and/or Des Moines. Also Steve King is one of Congress’ dickiest Tea Party loons, an old-school birther/creationist/racist/homophobe who has compared illegal immigrants to livestock, praised Joe McCarthy and was the first Congressman to go on record as supporting Todd Akin’s “legitimate rape” theory. If Glenn Beck were a Congressman, he’d be Steve King. 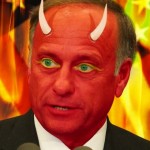 Running against him was Christie Vilsack, wife of the former Iowa governor, Tom Vilsack, and a generally-beloved figure in the state, a journalism professor of all things. She’d never run for public office before. But the district had been re-drawn after the last census (Iowa’s population shrank and so they lost a district) and now included Ames and other areas less likely to automatically vote for King no matter what he said or did. She had a chance.

So I went up the Mississippi, along Highway 61, through Hannibal and Quincy and Keokuk. I veered into the rolling cornfield backcountry (a lovely drive, actually), past Eldon where the American Gothic house stands, still in its original location and where, if I were in charge, there would be people in poorly-made Superhero costumes — fat Spidermen and crackhead  Captain Americas — waiting around with pitchforks to re-create the painting for passing tourists. Someone should do this. Someone probably has. 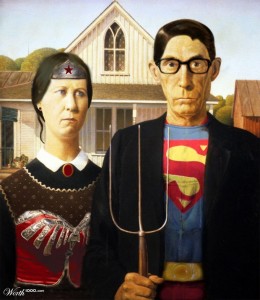 I went through Ottumwa and Eddyville and Oskaloosa. Pella and Des Moines and Ankeny. And finally I made it to Ames, home to Iowa State University and Christie Vilsack’s campaign headquarters, which is adjacent to the local health food coop. I know.

A sane person would have used the Obama campaign’s vast online resources and signed up ahead of time through the official website. I did not do this, of course, preferring to show up unannounced,  a paunchy bearded guy in a windowless special ops van with out-of-state plates. So, yes, there were some stares.

Campaign offices look a lot like film and tv production offices, in that they are filled with lots of temporary stuff, files in cardboard boxes, partly-assembled bookshelves and people who have no idea where to find the bathroom and/or kitchen. Also there are dirty coffee cups in the sink. Always.

Without asking any real questions (such as “Are you a Karl Rove double-agent?) the campaign coordinator gave me a cell phone, a script and a desk where I started dialing pre-screened Iowans to ask if they’d registered to vote yet, if they were leaning one way or another in the Congressional and Presidential races and dropping in a few focus-grouped phrases about  “fairness” and “farm bills” and possibly “corn flakes.” My memory is a little fuzzy on this.

I abandoned the script immediately. Not the questions or even the talking points. But the script was stiff and to read it word-for-word would have made me sound like I was a hostage, or a late-night tv used car salesman. So I improvised, just enough so that the undecided voter on the other end of the call, who was under constant siege from robo-calls and mass mailings, would at least know they were talking to an actual person.

Because the election had come down to so few states and because the campaigns were aggressively trying to hunt down and make contact with every single voter who was foolish enough to declare themselves “undecided,” Iowans were assaulted by political ads and phone calls in a way I’ve never experienced before. Lots of people stopped answering their phones or their doorbells. They were basically in hiding until after the election, just wanting it all to be over.

So, I got hung up on a lot. (Much as I did when trying to date in high school.) And lots of people who didn’t hang up begged me not to call them again. (Much as they did in high school.)  I promised them, truthfully, that I’d do my best to get them off the list and apologized, sincerely, for adding to their burden. And every once in a while, people were so grateful that they’d go ahead and answer my questions and listen to the talking points. (“You seem like a nice young man, but why do you keep blurting out ‘Corn Flakes!’”) A little kindness went a long way. In both directions. I’m a lot more sympathetic to telemarketers now. I really am. 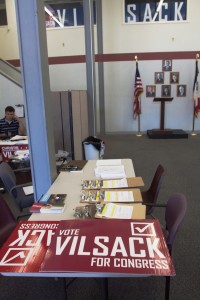 I’d take a break every once in a while, get stared at some more by other volunteers and then I’d leave a coffee cup in the sink. I told the campaign coordinator that, yes, I’d actually driven up from Texas to do this and would be happy to help out in any way I could – transporting placards, harassing shoppers at local malls, pretending to have Mitt Romney’ dog strapped to my roof. Instead, he suggested I go to Sioux City.

They didn’t have many volunteers in Sioux City because, well, it’s Sioux City, far away from everywhere, jammed up against the borders of Nebraska and South Dakota, as far west as you can go and still be in Iowa. Lewis and Clark came upon the Missouri River here and many settlers, in later years, got this far and said, “Fuck it. I’m tired. Let’s just stay here.” 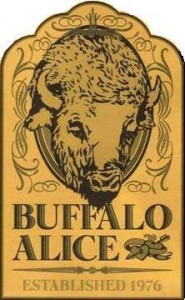 Which is exactly what I said on my first night in Sioux City and why, for the first time ever, I got an early-morning knock on the Traipsemobile door. I got into Sioux City on a Sunday night, after a four-hour drive from Ames and immediately found my way to Buffalo Alice in the “historic downtown” section along 4th Street. It’s a beer and pizza joint with 132 different kinds of beer. Also, I’m pretty sure it’s named after a prostitute. (I’m wrong, of course. The original owner named it after two small towns in North Dakota, Buffalo and Alice. I like my version better.)

Pizza was consumed. Beers (Hop Wrangler IPA from Iowa’s own Peace Tree Brewing) were quaffed. And eventually, a more suitable non-metered, non-downtown parking space had to be found.

If I don’t fall asleep in front of the bar where I’ve ended the night, my preference is to wake up near a coffee shop where I can caffeinate and Wi-Fi. The Pierce Street Coffee Works, according to Yelp,  seemed perfect, but the nearby parking spots all had meters. I don’t mind parking meters. Happy to pay for my space. But you don’t want to overnight in a metered space, lest you oversleep into the enforceable hours and awaken to a ticket.

Not a problem. Went to a quiet residential street a couple of blocks away. It was after midnight. (I’d hung out in Buffalo Alice long enough to let the beer wear off.) The street was dark. I was tired. The spot seemed fine.

Until the policeman knocked on my door. 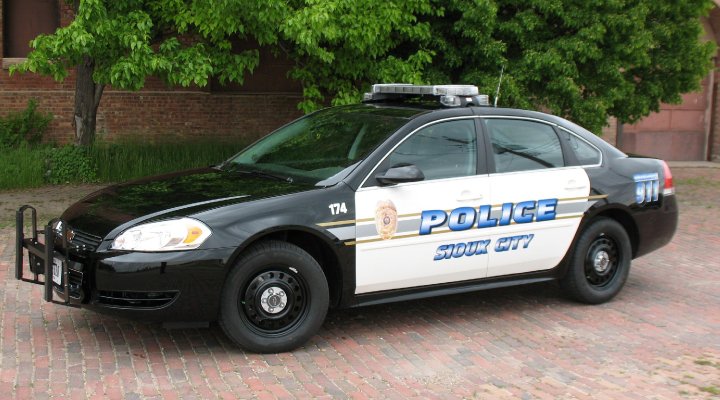 @deepseadiverbnd Could have been worse. Did "Jumpin Jehosaphat!" cross your mind?
- Sunday Sep 25 - 6:02pm