So, where were we? Oh, yeah,  in Iowa,  knocking on doors to get Barack Obama re-elected and having surprisingly few slammed in my face.

That was 9 months –three-quarters of a year – ago. If you’ve been following me on Facebook or Twitter or even Foursquare– and really, why wouldn’t you? It’s free! – you know I did not fall off the face of the earth after that, not completely anyway. I went back to Texas in November to cast my own vote and make up for the jalapeno deficit I’d suffered in Iowa. They’re nice people in Iowa, incredibly nice, but they don’t know shit about huevos rancheros. 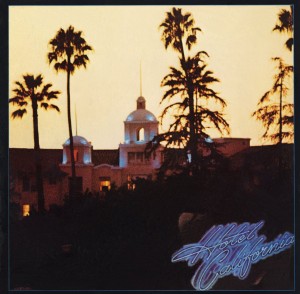 Then I headed west. I was in California by Thanksgiving and spent most of the winter and early spring in Los Angeles.  Except for a couple of week-or-less forays to the Bay Area, I was pretty much in one place for nearly four months. I know. It seemed weird to me, too.

I’m not sure why this happened exactly. I certainly didn’t plan it that way. Most of my Traipsathon existence has consisted of one-night-only conversational stands, a just-passing-through cavalcade of ridiculously-named coffee shops and pubs. I get up around 10, maybe later.  I drink coffee. I drive to the next town. I find an Anytime Fitness. I work out. I shower. I find a pub. I talk to people, some of them strangers, some of them friends. I drink beer. I fall asleep in the parking lot. It’s a full day.

It’s also  the closest thing to a routine I’ve ever had.  These last two-and-a-half years in the Traipsemobile have been the happiest and healthiest of my life. I’ve lost weight. My cholesterol and blood pressure dropped. At my last dental check-up I had, for the first time in a decade, nothing to fix: no incipient cavities, no loosened fillings, no fast-receding gums. I predict that science will one day determine that using beer as toothpaste actually works.

I attribute at least part of my improved physical and emotional well-being to the admittedly-strange rhythms my life has acquired on the road, all of them a result of what is essentially motion for motion’s sake. Waking up in a different place every day creates it’s own momentum. Nothing is static. Nothing stays the same. Because I am too lazy to come up with an original phrase, let me say that it forces (or allows) me to live in the moment in a way that I didn’t when my house stayed in once place.

I wake up in Shreveport and go to sleep in Baton Rouge. Wake up in El Paso. Go to sleep in Tucson. And no matter how the exterior landscape changes – a downtown, a desert, a strip mall parking lot – I go to sleep and wake up in a familiar, comforting place, my own bed. Everything is where I left it the night before –the glasses on the counter, the jug of water, the assorted vitamins and pills, the dental floss, the Gideon Bible, the syringes,, the tank of nitrous oxide. Then I open the curtains and I’m someplace completely new. It’s like Dorothy waking up in Oz, only without the tornados and witches. Okay, sometimes there are tornados. And, depending on how many beers I’ve had (and how much nitrous oxide), an occasional flying monkey. Some of this is clearly a lie. I don’t have a Gideon’s Bible. 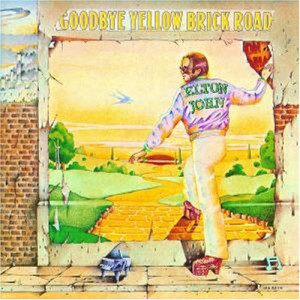 My point (or the closest to one I’m likely to get) is that before my prolonged winter stay in L.A., I rarely stayed anywhere for more than a few days, just long enough to see friends I hadn’t seen for a while, make them buy me beer and then leaving before they realize that I’ve stolen all their toilet paper and breakfast cereal. By the time I come back, in a year or two, they’ll have forgotten. It’s a perfect system.

And when I got to Los Angeles last winter, I had every intention of continuing to operate in the exact same way. I’d see a few friends, have a few beers, smoke a few cigars and then, as is my wont, I’d wander off.

It worked that way for a few weeks. I’d spend a couple of days in the Valley (where the streets are flat and parking is easy – which should be the official slogan), then wander to the west side, Santa Monica usually. And then back to my old residential haunts in Echo Park, which has gentrified to the point where I can sleep there without hearing gunshots or police helicopters. Weirdly, and I’m not even kidding about this, I kind of missed the gunshots.. But the cell phone reception still sucks, so there’s that. 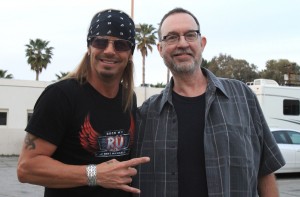 Bret Michaels pretends he has no middle fingers.

I went up to Santa Cruz to see Graham Parker & The Rumour play in a cold, mostly-empty club. I went to Santa Ana to see Eels. I interviewed Brett Butler for a New York Times story and Bret Michaels for a TV Guide story and then, out of pseudo-famous people named Bret to interview, I collapsed and got really, really sick.

This has become something of a Traipsathon winter tradition. The year before, in Florida, I stumbled around for weeks with a fever and chills, trying to cure myself by eating Thai food and assuming that I’d feel better if I could just get back to Texas or anywhere, really, that didn’t worship Jimmy Buffett as a god. This worked, sort of. Also, there were antibiotics.

But, a year later, I felt even worse than I’d felt in Florida (which is saying something). I’m pretty sure I know where I got sick. I was at The Mint in West Los Angeles, watching Billy Cobham, my favorite drummer of all time, making a rare U.S. appearance (he lives in Switzerland) at a special show for music nerds in town for the N.A.M.M. (National Association of Music Merchants) convention These are guys (and they are almost all guys) who, I swear, get into spit-flinging arguments about whether the POD HD500 guitar effects pedal is better than the Digitech RP100. They all have recording studios in their basements, which they only leave once a year. To go to the N.A.M.M. convention., 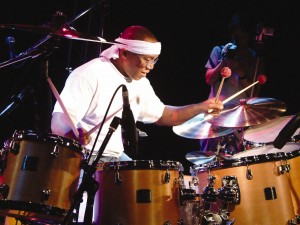 Billy Cobham at The Mint.

They were crowded really close into the stage to see what kind of mics and monitors and God knows what else Billy Cobham might be using and I was crowded right in there with them, three feet from where Cobham was pounding away,  There was nerd sweat everywhere. I’m pretty sure it was toxic, full of basement mildew and unused hormones. Nerds!!

So, three days later, I woke up to find myself s too tired, too achy, too filled with nerd germs to move. I stayed that way for nearly three weeks. Not wish-I-was-dead sick, but definitely impaired and in need of chicken soup. Which several people volunteered to bring me. I did not leave the van, which stayed parked in front of a friend’s house in Valley Village, for four days.

People seem shocked by this. I’m not sure why. It’s one of the questions I get most often. “But, what do you do if you get sick?”, as if having a fever in a van would lead to certain death. Well, I do the same thing everyone does – or should do, anyway. I go to bed and I stay there. I drink a lot of fluids. I gobble Vitamin C. I watch bad tv. If I feel bad enough – which this time I did– I go to the doctor and get pharmaceutical assistance. It’s no more or less difficult than when I had an apartment. Except I don’t have to go as far to get from the bedroom to the bathroom.

What I had , it turns out, was the official no-fooling-around government-verified flu, in spite of having taken the $5 flu shot at a Walgreen somewhere in New Mexico. I think it also came with a 2-for-$2 coupon for Peanut M&M’s. I am shocked it did not work. 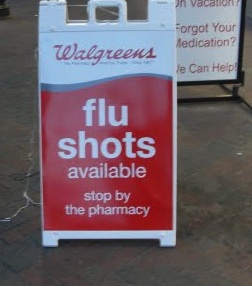 And, yes, three weeks is a long time to be sick. But, mostly, I was just tired and kind of achy. And it’s not as if I had anyplace I needed to be. If I felt like getting out of bed, I did. And if I didn’t, I just went back to sleep. Actually, that’s pretty much how things go whether I’m sick or not.

But, here’s the thing about living in a van that I didn’t expect: It has turned me into – and try not to urp when I say this – an optimist.  A cranky, foul-mouthed and frequently-inebriated optimist, sure, but an optimist nonetheless.

It’s because of that ever-changing world outside the window. That “in the moment” thing. I’ve gotten used to the idea that every day, for better or for worse, is going to be different from the one that came before. Yesterday, there were mountains. Today, there are elephant seals, Nothing stays the same.

So if I feel shitty on a particular day, I just naturally assume that tomorrow I’ll feel better. And even if that turns out not be true for a few days, or weeks, it has less of an emotional impact than it did when I woke up in the same place every day, having spent months, or years, facing the same set of unchanging circumstances. I was depressed – a lot – before I moved into the van. I had too many bills, too few sources of income and no clear sense of how I was going to change any of it. 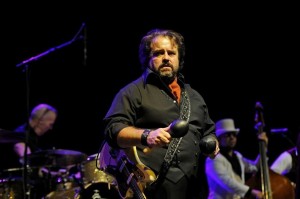 Raul Malo with The Mavericks

But that’s not true anymore. I can change it by simply starting the engine and driving to the next town or state or hilariously-named beer emporium.  How bad can you feel when you know that somewhere out there, just beyond the next curve or over the next pass you’ll find yourself crashing the employee Christmas party at Stinky’s Grill, or seeing The Mavericks at a beautiful theater in Palm Desert. (The best concert I’ve seen this year, by the way, in spite of the woman in the lobby who was explaining to me that Raul Malo is incredibly sexy no matter how much he’s come to resemble Khalid Sheik Muhammad in rhinestone pajamas).

What I’m saying is that the freedom, the randomness, the serendipity of living on the road has become a weird kind of security for me, my way of controlling an uncontrollable universe. Inside the van, I know where everything is. Outside the van, I know the world will be different every day. And the combination of those two things has made me calmer, happier and more optimistic than I’ve ever been. Even when I have the flu.

I know what you’re thinking. You’re thinking, “Joe, you’ve contradicted yourself a half-dozen times trying to explain this. Dude, you’re all over the place.” 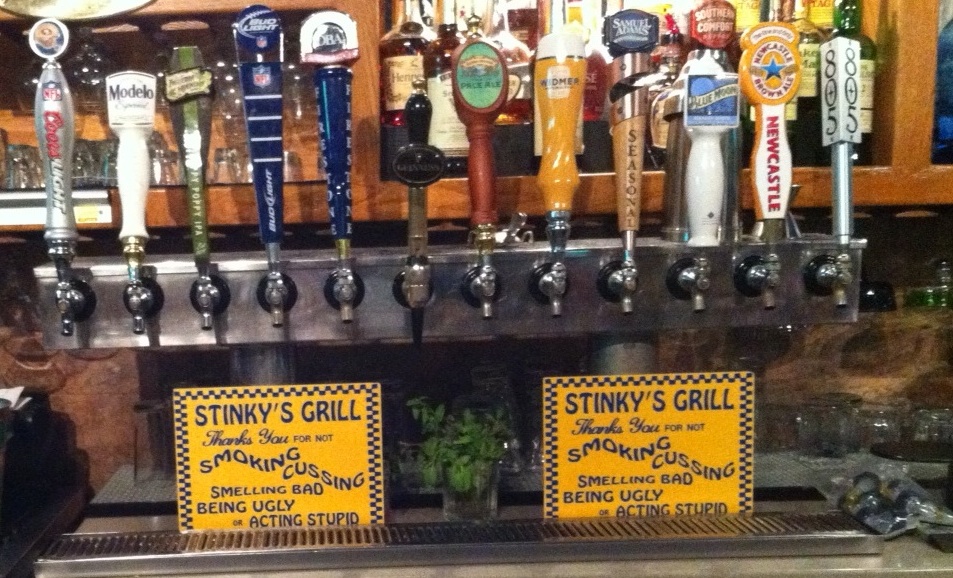