Sept. 7 —  The last time I did anything like this, 25 years ago, I knew where I was going and why.  I was going to spend the 1985-86 college basketball season driving to as many games as I could, living in a van and writing two columns a week for the Dallas Morning News, a promotional gimmick for their coverage of the Final Four, being held in Dallas for the first time. It was good for them, good for me and a fine excuse to spend five months driving around America, going from Chapel Hill to Eugene and pretty much every place in between where college hoops mattered. 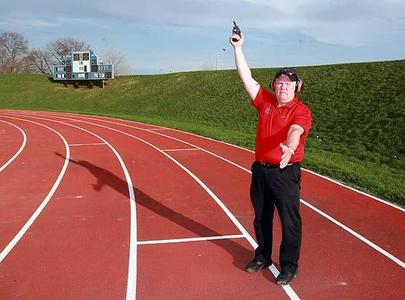 I drove 25,000 miles, saw 142 basketball games in 132 days and by the end of it  was pretty much fried to a crisp. But I started missing it almost as soon as it was over. There was something about waking up in a new place every day that appealed to me and, although I hate to admit it, I haven’t done anything nearly so interesting since.

So here I go again, older, fatter and not nearly as clear on what I intend to find. There is no end point, no schedule of games, no way to really know when I’m done. This will last as long as it lasts, and go wherever it goes. Tomorrow, I’m going to Memphis and that’s about all I know.

Except that this is the starting line and my last night on familiar ground. I’m sitting on my mother’s front porch outside of Carthage, Texas, watching the remnants of a tropical storm blow across the sky. This is the town where I was born, and the place where, 12 years ago, my 82-year-old aunt was murdered by her 39-year-old bisexual lover who stuffed her in the freezer, under the waffles, where she stayed for 9 months before anyone went looking for her. But that’s another story, soon to be a major motion picture., that I’ll tell you some other time.

Today I drove around Shreveport, the place where I grew up, on the streets where I learned to drive. I haven’t been there much in the last 30 years, a half dozen times at most. It’s different now, mostly because there are casinos on the riverfront and the whole place feels rougher, less pristine than I remember, which is not necessarily a bad thing. It’s sort of like “Back to the Future 2” after Biff built his gambling empire and the whole place went to hell. But, it’s more interesting than it was. Less Baptist. Less controlled.

And tomorrow, just like I did after high school, I’ll head north and leave it behind. I’m on my way to New England, to visit old friends, watch some leaves change color and maybe pay a ceremonial visit to Kerouac’s hometown. It seems like the right thing to do.

Or maybe the alternator will die in Little Rock again or I’ll get sidetracked in Memphis and end up at Graceland, demanding reimbursement for the night Elvis shot out my tv. Which never actually happened. But they won’t know that,  so it’s worth a try.

And it’s not any more ridiculous than getting in a van and driving around with no destination in mind.  Maybe I’ll know where I’m headed when I get there. But maybe – more likely – I won’t.