So, where were we? Oh yeah, Springfield, Illinois.

I headed south to St. Louis from there, down Interstate 55, a route I traveled a lot in college. It was somewhere in the St. Louis suburbs — maybe Edwardsville, Illinois — where I first saw one of those, “If You Lived Here, You’d Be Home Now” billboards. Because of the Traipsemobile, I am now legally entitled to laugh and yell “I AM home, you smug bastards!” every time I pass one. Except that I haven’t passed one yet.

Speaking of cranky old guys wandering across America for inexplicable reasons, Bob Dylan was playing in St. Louis, at the Chaifetz Arena on the St. Louis University campus. I haven’t seen him do a live show in years, and the last few times hadn’t been particularly entertaining. I saw him during the worst of his, mumbling, grumbling gravel-voice days, when he didn’t look at the audience and seemed to hate his band and his songs and appeared just generally miserable to the point where I wondered why he was even there. 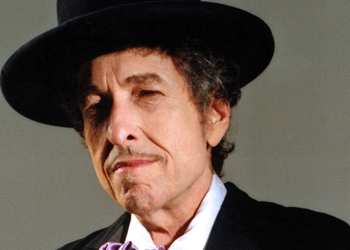 But, even during those years, he toured constantly and showed up in the weirdest of places, county fairs and Indian casinos, rodeos, hotel ballrooms. His hard-core fans named it the Never-Ending Tour. I was fascinated by this evident need for the road, which I found way more interesting than his music. The first time I’d ever seen him was during the Rolling Thunder Revue in 1978, the mother of all free-form road trips, a tour that was meant to be more like a traveling carnival, picking up artists along the way, the itinerary ever-changing. When I saw the show in Fort Worth at the Convention Center, it was a massive collection of musicians – Roger McGuinn, Joni Mitchell, Joan Baez, Mick Ronson, and God knows who else, jamming in and out of sets with Dylan for nearly five hours. Lots of it was boring. But I loved the idea of it. I still do, obviously.

I started following along on www.boblinks.com, curious not just about where he was playing, but what and with whom. The set lists changed for every show, a mixture of old songs and new and the occasional delicious cover thrown in from out of the blue. Fans have pools for which songs he’ll play, with points awarded for likelihood. “All Along The Watchtower” gets you very few points, cause he plays it every night. But if he were to ever play “Isis” live, which he doesn’t, the scores would go through the roof. It’s like fantasy baseball for old hippies.

And I’d noticed comments on the website that, ever since Austin guitarist Charlie Sexton returned to the band, old Bob seemed to be happier, more engaged. He plays keyboards for most of the show, doing an occasional number on harmonica and/or guitar. He’s become a sly old Vaudevillian, with his pencil moustache and his broad-rimmed hats, a whole Riverboat gambler thing going on. It’s as if he’s decided, after all these years, that the audience deserves to be in on the joke. So he doesn’t ignore them anymore. Oh, sure, the arrangements on the old songs are constantly changing and they are often unrecognizable until a familiar chorus kicks in. But it seems like more of a tease now, a game, and less like him saying, “Fuck you, I’ll play it however I want.”

All this was true in St. Louis. Bob came out and looked the audience in the eye, he smiled, he’d dance a little jig now and then.

And he also defers a lot of Charlie, who I wrote about when he was a 16-year-old prodigy about to be marketed as an MTV pretty boy, a role that never suited him and which quickly fell apart. He went back to Austin, back to hanging out with the blues and rockabilly guys he’d grown up around. He became the king of the Austin sit-in and maybe the best player in town. Dylan seems to acknowledge all that, by letting him have most of the spotlight.

It’s Charlie at center stage most of the time, flashing poses, hunkering down, showing just enough Rock-God flamboyance to keep things interesting, and taking the bulk of the solos while Dylan gravel-croons from the side of the stage. It works.

After the show, while everyone else struggled to get out of the parking lot, I just walked across the street from the arena to the curbside spot I’d occupied early that afternoon and where, with the blessing of a campus security guard, I proceeded to spend the night. 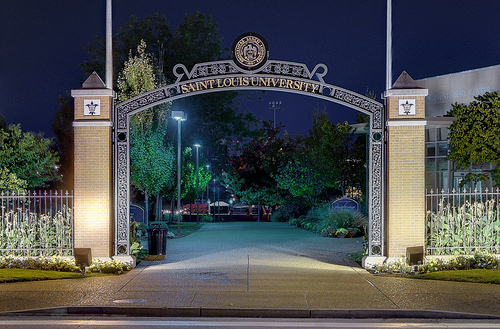 I continue to marvel at how easy it’s been to find overnight parking spots: residential streets, municipal parking lots, allegedly off-limits campus spaces. I haven’t had one knock on the door, even in places where I really had no business being. No one wants disturb the Traipsemobile. So everyone leaves it alone. Awesome.

This is how I managed to park directly across the auditorium on the Webster University campus where a new documentary about William S. Burroughs was being screened. Burroughs was always my favorite beat, mostly because he was the only one who really knew how to tell a joke. Allen Ginsburg, who was my first celebrity interview ever, was a very nice man but I always thought he’d tapped into something deeper than he really had. He just seemed to be trying too hard. And Kerouac, poor bastard, wasn’t funny at all. But Burroughs, all withered and deadpan, was hilarious. 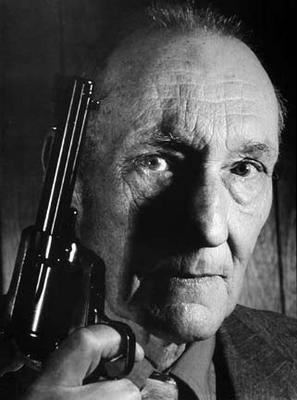 Also, it turns out, he was born and raised in St. Louis, which I didn’t know before seeing the film. And, not unlike Dylan, he seemed to like messing with the audience’s expectations, the most unlikely-looking queer-provocateur in America. He looked like Pa Kettle, but he said things that would have given Lenny Bruce the vapors. There’d have been no Hunter S. Thompson without him, most likely no Tom Wolfe either. And he uttered one of my favorite sayings. “Why are we here?,” Burroughs asked. “We’re here to go.”

Which I did, but not until spending one last night in St. Louis with some friends of a friend, a couple of guys in their early 30’s whose life still revolves around the weekend, going to bars and chasing tail. For some reason, I went with them, an older observer at a young man’s game. There were many shots of tequila, much driving under the influence (not by me, mind you, a captive in the back seat) and many hilarious attempts by the both of them to impress an assortment of young women whose heels were too high for their sense of balance. Stumbling was prevalent. 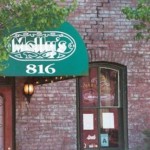 We closed down two bars that night. Molly’s Tavern in Soulard, a funky, gentrifying part of town where drinks stop getting served at 1:30, and Harry’s Bar and Grill downtown, a massive nightclub, with dj’s revving up 20-somethings under a giant tent until 3:30, one of those places where the cops run a phalanx at the end of the night, just to make sure everyone leaves.

I woke up the next morning an alleyway behind a Greek restaurant and if there’d been anyone else around, I’d have gladly yelled, “If you lived here, you’d be home now.” And then I’d have gone back to sleep.

A stopover in Bogota and then on to U.S. (@ Rafael Núñez International Airport - @aerocartagena in Cartagena de Ind… https://t.co/TkW0DbEEvZ
- Wednesday Nov 30 - 6:08pm