So where were we? Oh, yeah, Fort Worth, having dinner in the Traipsemobile.

I finally managed to pry myself out of Texas, always a difficult thing. I stopped over in Denton to see a Wilco concert and spend some time with Brave Combo founder and guiding light Carl Finch, who really is the godfather of the Denton indie  music scene, although he seems reluctant to take the credit. It’s become like little Austin up there, a vibrant, autonomous self-sustaining music community. And I don’t think that would have happened it not for the example set by Brave Combo and Carl and Four Dot Records, the label he founded to distribute his music.  He was way ahead of the curve. 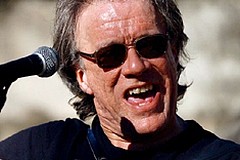 He proved you could have a meaningful, successful music career without selling your soul or moving to New York or Los Angeles or, hell, even Dallas. He’s been churning out quirky elaborate and groundbreaking albums for the last 25 years. He’s won Grammys, toured the world, become the darling of pop culture trendsetters like David Byrne and Matt Groening. He’s big in Japan. And he did it all from Denton. How could you not admire that?

He let me park the Traipsemobile right there in the Brave Combo World Headquarters parking lot, just off the square in Denton. We spent a good chunk of a Sunday night talking about how much things had changed since I first interviewed him back in 1981, when Brave Combo was just hitting its stride, moving from being considered a novelty act – doing polka versions of “People Are Strange” and songs about broccoli – into a legitimate world-music trailblazing band, incorporating cumbias and Tejano, zydeco, polka, mazurkas into this indescribable swirling sound that drew crowds at punk clubs and polka dance halls. They were always serious about the music, it just took a while for everyone else to realize it. 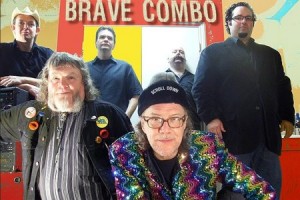 He needs to write a book. I’ve told him this a million times. The band  journals from the early Brave Combo shows – played at an assortment of Texas State Mental Hospitals – are hilarious. And the band’s ascension and eventual acceptance into the cliquish polka world is fascinating. That’s what we talked about on Sunday night, how the Polish polka people don’t like the Slovakian polka people and how you’d better not play the wrong style for the wrong crowd. There are a hundred ethnic and generational tripwires to consider with every song you play, the possibility of stepping on every European tribal and regional grievance of the last two centuries . It’s a microcosm of global politics, manifested with accordions and horns. And you can dance to it. 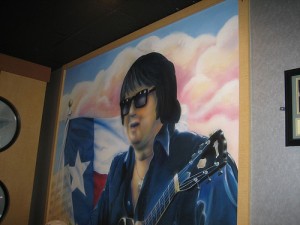 The next day, driving west on US 287 through Vernon, Texas (Roy Orbison’s birthplace, which is why the McDonald’s there has a mural of him on its wall) the temperature got up to 106 degrees. This is why my ass was headed to New Mexico. Taos, specifically, where I planned to rent a cabin and get some actual work done.

I found the place on Craigslist, which is a great place to shop for almost anything (not antibiotics though. I really regretted that. Should have known Cipro doesn’t come as a “chewable.”). I found the Traipsemobile on Craigslist. It’s where all my friends get their sex slaves.

And there was a listing for a “fully furnished 500  sq. foot cabin, surrounded by national forest . . .great views of the Sangre de Cristo Mountains. Aldous Huxley and D. H. Lawrence lived and wrote in these cabins.” $400 for a week, with wi-fi. 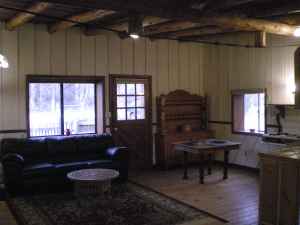 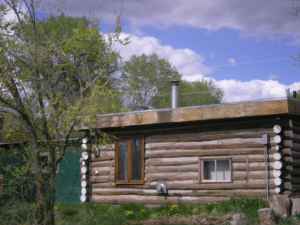 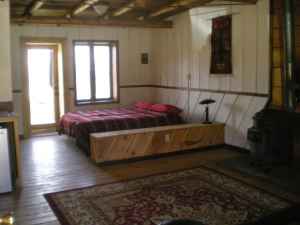 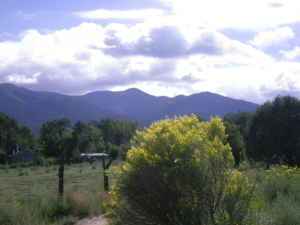 It was exactly what I needed, a place where I could immerse myself in the piles of court transcripts and interviews I’d accumulated to research the “Bernie” story. (Explanations available here.) The Traipsemobile has few limitations, but one of them is that it’s not a good place to spread out notes for days at a time. I needed floor space, table space and, most importantly, pacing space, room to walk around, stare at the pile of material and realize that I have no idea what to do with it, that I am therefore a fraud and a failure and will never be able to write again. Proper self-loathing requires years of practice and room to move around.

The cabin is part of a compound in San Cristobal, New Mexico, 11 miles north of Taos, up a dirt road, adjacent to the DH Lawrence Ranch. Lawrence moved to New Mexico in the early 1920’s  eventually having notions of creating a Utopian community. Among his frequent guests was Huxley, whose  Utopian Savages in “Brave New World” were almost certainly inspired by his time with Lawrence at the ranch. In later years, long after Lawrence died, Huxley returned to the area often. Seems likely that some of his interest in hallucinogenics came from his time near San Cristobal, watching the stars and the clouds, the wind blowing through the aspens, the coyotes howling in the distance. 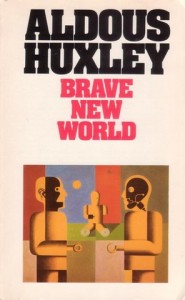 The actual DH Lawrence Ranch is about five miles away from the San Cristobal cabins, where I stayed, but apparently Huxley and Lawrence both used to come to the cabins to write. Or maybe not. Eric, whose family has owned the property for the last 40 years, can’t swear to that. Although he is certain that Huxley used the outhouse. So maybe I didn’t stay in Huxley’s cabin, but I could have used his outhouse. I didn’t though. There was plumbing in the cabin.

And, for the entire week, I hunkered down in there, reading through hundreds of pages of court transcripts, interviews, articles that had been written during the trial. It was tedious and it took 3 times longer than I’d anticipated. But it had to be done.

There got to be a certain rhythm to it, waking up in the morning, cooking fresh eggs that Eric had delivered from the henhouse, some of them with butt feathers still stuck to them. I’d scramble them up with garlic, onions and goat cheese, then I’d sit down at the table, crank up the Itunes, and, eventually, get back to the notes.

In the afternoon, I’d go out back, take a walk a half-mile to the creek, past the land where Eric is trying to grow Goji berries, which are apparently hard to produce organically but, if he can make it work, could turn a tidy profit. Then I’d plop down in the backyard, light a cigar, drink beer and watch the clouds, just like Huxley used to do. I never heard any coyotes, though. Didn’t eat any mescaline, either. Beer and cigars were hallucinogenic enough for me.

I thought maybe I’d get the story written while I was there, a good chunk of it anyway. I didn’t, of course. Not even close. There was just too much information to absorb. And too many clouds to watch. I can see myself going back there some day, staying a lot longer. Eric rents some of the cabins out long-term. There are tenants who’ve been there for  five years. Teachers, therapists, artists. Might be a good place to linger. Maybe next time I’ll use the outhouse. 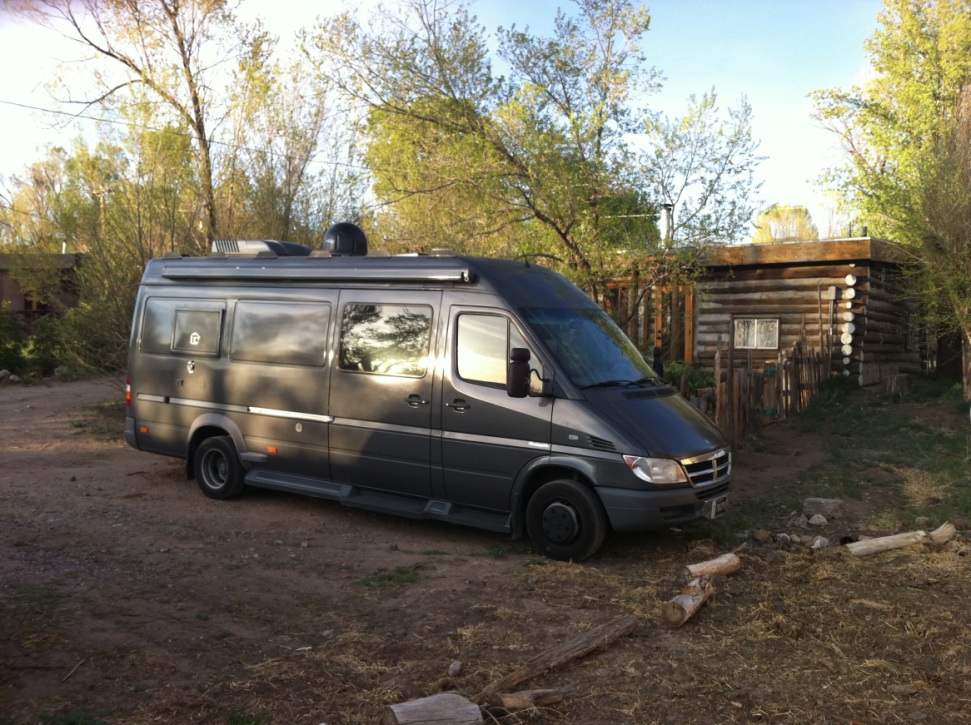 @Wolfiesmom This was also true for me (growing up in Shreveport). Fortunately I didn't get along with my parents, m… https://t.co/Puv1eCs8Fn
- Tuesday May 17 - 8:53pm

@janiehaddad I had a sore throat before testing positive yesterday. But not apocalyptically sore.
- Tuesday May 17 - 12:52am